The German logistics giant says its carbon efficiency target was reached ahead of schedule and in the future, it will focus its activities even more intensively on emission-neutral logistics concepts. The Group aims to achieve net zero logistics-related emissions by 2050.

As for specific divisions in 2016 – it says the Express division performed well in terms of volumes, revenue and earnings in 2016 – as revenue increased by 2.7 per cent to €14 billion.

The company says the success of DHL Express was again mainly attributable to strong growth in time-definite international (TDI) shipments, reflecting a volume increase of 7.6 per cent, coupled with effective yield management.

As for its Global Forwarding division – revenue declined by 7.7 per cent to €13.7 billion but in the fourth quarter (Q4), the division registered a recovery in airfreight volumes. Volumes fell YOY by 1.3 per cent in 2016 to two million tonnes. However in Q4, demand increased by 5.7 per cent to 578,000 tonnes.

DHL says the upward trend was not reflected in revenue performance due to generally still low selling rates in air and ocean freight. In terms of operating profit, the division’s EBIT improved from a loss of €181 million in the previous year to €287 million in 2016.

The company registered a slight increase in total Group revenue to €15.4 billion in Q4 alone (+0.5 per cent). Group revenue was up by 3.2 per cent over the previous year. Group EBIT increased by €154 million in Q4 to €1.111 billion. This was the best quarterly operating result in the company’s history. In Q4, consolidated net profit grew to €841 million (2015: €670 million), mainly due to the increase in EBIT.

Deutsche Post DHL Group chief executive officer, Frank Appel says: “2016 was a very successful year for us. The company has never before achieved higher earnings in its current structure. We also invested substantially in all four divisions and made strong progress in the implementation of our Strategy 2020.

“Thanks to our targeted approach to e-commerce, the entire Group is benefiting increasingly from the dynamic international development in this segment. We are in an excellent position to maintain our profitable growth.”

As for the outlook DHL expects further improvement in earnings in 2017 and it anticipates only moderate growth in the world economy during the current year. Earnings are expected to increase significantly based on additional operating improvements in the divisions. It forecasts an EBIT increase to around €3.75 billion in 2017. 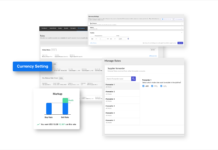