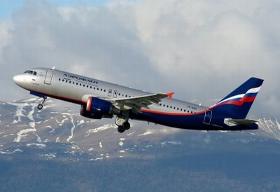 Freight traffic in Europe is expected to have risen by two per cent in 2014, half the level of passenger growth, which is up 4.4 per cent, according to the Association of European Airlines (AEA).

No further all-year statistics were available, but AEA data for between January and October 2014 showed that freight tonne kilometres (FTK) were 26.9 billion.

Breaking down that period, the 10 months saw a slow start with the lowest figures of 2.4 billion for January and February. The industry rebounded in March with three billion, but FTKs rose and fell from April to June with, 2.6 billion, 2.8 billion and 2.7 billion. The summer was stagnant  at 2.7 billion, but then the situation worsened with a fall in September to 2.6 billion.  Only October saw a rise to near-March levels with 2.9 billion. The lacklustre FTK figures mean that 2014 is only marginally ahead of 2013.

Referring to the 2014 traffic, AEA says: “Freight traffic measured in FTKs will post growth in excess of two per cent in 2014. Although an improvement on 2013, which saw a growth of just 1.9 per cent, freight traffic to and from Europe transported by AEA members remains subdued.” The slight improvement is because comparing the first 10 months of 2013 and last year; September’s FTK was down by 3.3 per cent, June was down 1.2 per cent, April was up just one per cent, July was one per cent up, August 1.3 per cent, October rose 1.5 per cent, May increased by 5.2 per cent, while January, February and March saw increases above six per cent.

The AEA also divides its data by what it calls longhaul and international. The International definition is everywhere, while longhaul is the Atlantic, sub-Sahara, Far East and Australiasia. Between January and October, comparing 2013 and 2014, longhaul FTK rose by 2.3 per cent to 25.2 billion, and international FTK increased by 2.4 per cent to 26.8 billion. Of the particular regions the AEA defines, the Middle East saw the smallest of increase of 0.1 per cent to 853 million FTK, while North Africa saw the largest percentage increase of 10.7 per cent, to 135.2 million. 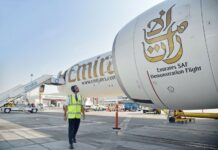