Airfreight is forecast to grow 5.5 per cent this year, but yields are expected to fall by about seven per cent as capacity increase by 6.2 per cent, a rise of 0.8 percentage points against last year, says the International Air Transport Association.

The forecast was announced on 8 June at IATA’s 71st annual general meeting and world air transport summit in Miami. IATA published its first mid-year report and announced it was ending its quarterly Airline Financial Monitor report.

The mid-year report foresees the 5.5 per cent growth leading to 54.2 million tonnes being transported in 2015. In 2014, the total estimated tonnage was 51.5 million tonnes. But, that tonnage increase is a decrease against 2014’s growth of 5.8 per cent, according to the association. IATA qualifies its data by stating last year’s figures are still estimates.
Despite the expected tonnage increase, the cargo related revenue is going to be $62 billion for 2015, one billion dollars less than 2014.

The revenue stagnation reflects those squeezed yields. Freight, rates and the inclusion of what had been fuel surcharges, has been hotly debated for many months and in IATA’s report it shows that at slightly more than $2 per kilogramme the market’s rates are 66 per cent less than they were in 1994. In 2014, IATA estimates that yields shrank two per cent. It is because capacity continues to grow as bellyhold space is added to the market with the expansion in passenger services, which has been averaging six per cent per year for the last five years. With this average of six per cent growth, the freight load factor is expected to remain at a weak 47.4 per cent this year.

IATA says: “The longer term prospects for air cargo remain challenging with a continuing post-financial crisis trend of slower trade growth relative to [gross domestic product].”
These lower prices are aiding what IATA refers to as a, “cyclical upturn”. According to the association, “a cyclical upturn is evident. Cargo is…expected to see its strongest growth since 2010. The upturn in economic activity driving these expectations is fragile, as weakness in Europe and Asia has shown.”

In Asia, IATA says the slowdown in China’s economy seen in the last 12 months has also affected Asia Pacific carriers profitability. The report says Asia Pacific airlines have about 40 per cent of the global air cargo market and as such as, “they have been disproportionality impacted by the weak airfreight market.” With the fundamental problem being world demand, IATA points to an easing of fiscal austerity policies, continued expansionary monetary policy and progress in delivering the private sector, as factors that can boost trade and airfreight – and it cites the US as one economy where these sorts of policy changes are having a positive effect. If the IATA forecast is largely right, this year will have been another year of struggle, but one more step in the right direction. 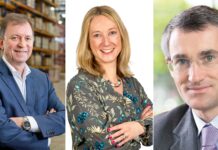