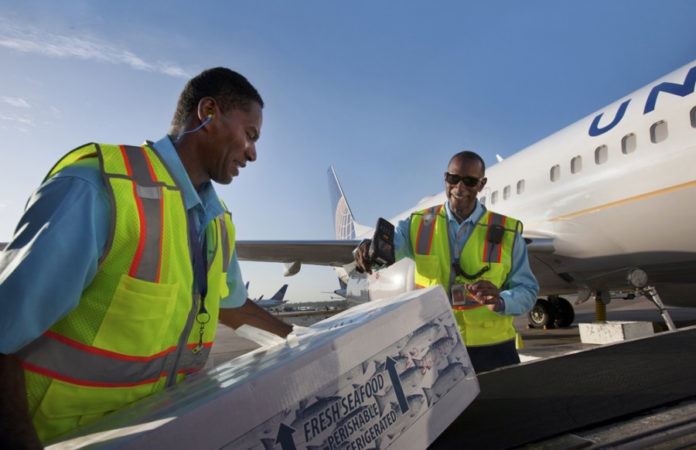 The service begins on 29 October, providing export capacity in the  middle of the October to December high season for perishables.

Medrano says: “Along with our current daily widebody to Houston, we will be able to transport a daily average of 30 tons from Argentina.”

Chile is also getting ready for the high season, Medrano adds: “In Chile, we are also prepared to support the October-through-February high season for perishables with our daily widebody from Santiago to Houston – while we also protect our year-round business and commodities.”

So far this year cargo has been strong out of Argentina, with enzymes to Chicago and Shanghai, and fresh salmon from southern Chile boosting volumes and revenue.

A lot of salmon is trucked to Buenos Aires for transportation to the US on United’s daily Buenos Aires – Houston Boeing 777 service.

Fresh salmon exports from Chile are recovering, Medrano says: “A toxic algae bloom devastated the stocks of salmon last year and exports dropped considerably. Both the commodity and our export traffic to the US and China have recovered nicely in 2017.”

Medrano has high expectations for both countries. Describing Argentina, he says the signs point towards more flexible and friendly rules for investors, which would help exports.

He says: “The economy is getting healthier and the business climate is improving, and if these trends continue we anticipate an increase in import traffic as well.”

The economic indicators in Chile are mixed, though comments: “Chilean salmon remains very popular throughout the world, and exports of this commodity to China should continue to grow.”

Medrano believes both countries offer great opportunities for business, but challenges need to be overcome, such as poor road infrastructure making multimodal transport difficult in Argentina, while the weather can be a problem, especially in the south.

He says: “The same adverse road conditions delay salmon shipments from the southern region of Chile, and airports are frequently congested during the high season for perishables.”

Medrano explains that with economic conditions in the region stabilising, there is great potential for growth if these infrastructure challenges can be addressed.

He says: “Demand for the two countries’ export commodities should continue to increase in Europe and China and remain strong in the US.”