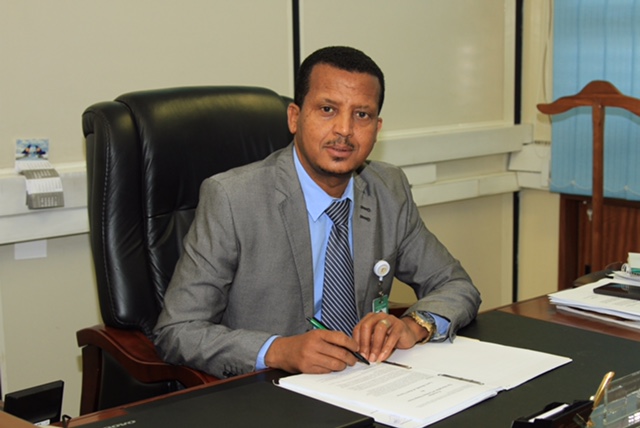 Ethiopian Cargo is Africa’s largest and fastest growing freight carrier and has ambitions to grow its network and offering significantly in the years to come. In June, it opened a new $150 million cargo terminal in Addis Ababa, giving it capacity of one million tonnes.

Abadi: As far as Ethiopian Cargo & Logistics is concerned, it was a record breaking period. Ethiopian Airlines Group has experienced the best performance ever in terms of tonnage, revenue and FTK, which is an increase in all parameters. ATK growth was 26 per cent and FTK growth was 34 per cent.

In addition, it completed and inaugurated its world-class cargo warehouse covering area of 40,000 square metres, which enables us to have annual turnover capacity of 600,000 tonnes, increasing our annual capacity close to a million tonnes together with the existing one.

ACW: Is 2017 above or below your forecast and expectations?

Abadi: We are improving in all areas, particularly northbound (ADD-LGG/BRU), HKG-ADD/Africa, PVG-ADD/Africa & CAN-ADD/Africa, Europe – HKG, Europe – CAN, we have excelled.

ACW: What trade lanes have been the strongest?

Abadi: Our major growth is seen in triangular operations: Africa-Europe, Europe-Asia and Asia-Africa.

ACW: How will your new cargo terminal help drive business?

Abadi: The aim of having a state-of-art-cargo terminal is as per our business growth strategy to increase capacity to 820,000 tonnes of freight per annum. In line with this strategy and the regional development plan, the new terminal will also create an integrated logistics and multimodal transportation services by making Addis Ababa a logistics and distribution hub, for Ethiopian in particular and Africa in general, improving national as well as regional air connectivity index.

It is also expected to significantly impact FDI in our country and position Ethiopia and Africa high on the global value chain. This terminal expansion is in line with the growing global e-commerce market, which is part of our business strategy. The new facilities are equipped with sophisticated cargo handling equipment enabling different climate chambers for storage and handling of temperature critical items (horticultural, pharma and life science products) it will enable the airline to provide competitive and outstanding freight services.

ACW: How have your new freighter routes to Ahmedabad, Milan and Zaragoza performed?

Abadi: All the three routes are performing well and showing growth potential. We are planning to increase the frequency to and from Zaragoza.

ACW: Are you planning on adding more routes to your network?

Abadi: Ethiopian plans to introduce a new freighter service to North America, South America and more frequency to and from Asia.

ACW: How  is your fleet?

Abadi: Ethiopian is witnessing increase in intra-Africa traffic especially from/to LOS, LFW, LUN, JNB, HRE, EBB, KGL, BZV, and it is the strategic objective of the airline. Despite Ethiopian’s vast network coverage in the continent is unrivalled by any other carrier, Ethiopian is eying serving the entire continent in additional cities and frequencies.

ACW: What are the biggest challenges and opportunities?

Opportunities: 1) Increased traffic as we have inaugurated a new cargo terminal; product diversification like pharma will also be source of competitive opportunity 2) Growing economy of both the continent and the nation, which is attractive for FDI growth 3) Growing trade relationship between China and Africa 4) E-commerce growth to serve the cargo business and the like