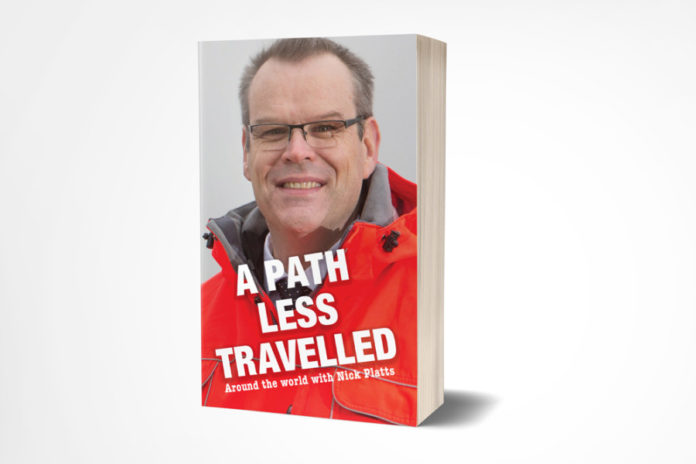 As Head of Cargo at London Heathrow Airport, it falls to this Australian to head up the UK’s most important airfreight gateway as the country exits the EU. A former RAAF pilot, Platts came to the Heathrow job after a logistics career had brought him to the UK. His mother is very proud of his current position.

ACW: What would you expect to see written on your gravestone?

Platts: I couldn’t see anything though, could I? So I’d hope someone at least spells my name correctly.

ACW: What kind of culture do you thrive in?

Platts: Open, honest and one where banter is encouraged.

ACW: Do you have any motto or philosophy you live and work by?

Platts: I owe a debt to fallen ancestors which I try to repay through not acting out of self-interest.

ACW: What do you do outside of work?

Platts: Is there an “outside of work”? I should try that… maybe go sailing…

ACW: If you became a multi-millionaire overnight, what would you do with that money, or your life?

Platts: Go flying and get a dog.

ACW: Neighbours or Home and Away?

Platts: Back in the day it was Neighbours but I haven’t watched it since 1988.

ACW: What aircraft did you fly as a pilot in the Royal Australian Air Force (RAAF)?

Platts: I trained on the Pilatus PC-9/A then operationally on Lockheed P3C Orion and Hawker Siddeley (HS) 748.

ACW: With your height, weren’t you a bit cramped in the cockpit?

Platts: Not really, mind you if I had to eject from the PC-9/A then I may have had trouble walking again as there wasn’t a lot of space between my knees and the instrument panel. The Orion was the best for space.

ACW: Do you support any football team or have you stayed with Aussie Rules Footy?

Platts: I’ve tried to adopt a local team and I’m conflicted between Man City (ancestral home was in Rusholme) and Watford (my in-laws team) but I have to say that I can’t stand all the highly paid actors running around on pitch. So I still watch my home team Hawthorn Hawks – AFL is much more physical and faster paced than your local game of kick to kick.

ACW: What is the most interesting fact about you that we would not learn by looking at your CV?

Platts: I was co-pilot on the mission that saved French yachtsman Thierry Dubois during Vendeé Globe 96 – his rescue was more miraculous than the over-publicised Tony Bullimore’s 10 days later because Thierry’s boat actually sank.

Platts: Odd question so I’ll ignore the “murder” part and stick with my weapon of choice – which of course is the P3C Orion!

ACW: You’re on death row, what would your last meal be?

Platts: Phad thai with chicken for starters then roast lamb. Port and a Romeo y Julieta Churchill to finish.

ACW: What would I find in your fridge right now?

ACW: What are the best and worst purchases you’ve ever made?

ACW: Are you afraid of clowns?

Platts: Circus clowns, no. We should all be afraid of clowns in politics.

ACW: If you could have dinner with anyone from history, who would it be and why?

Platts: My great-grandfather – I’d like to have known him.

ACW: What would your autobiography be called?