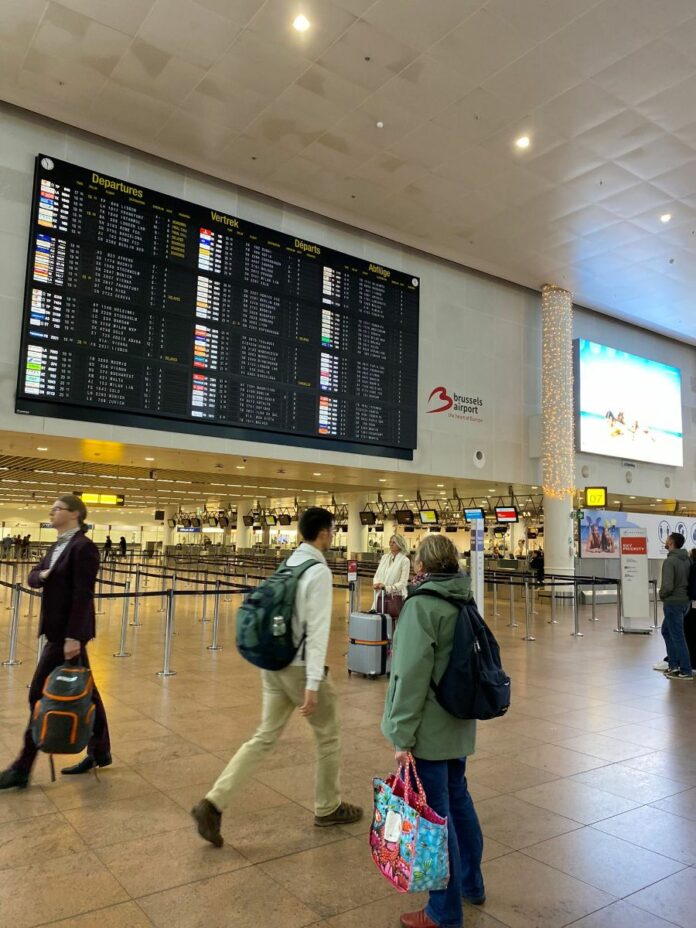 In October, Brussels Airport welcomed almost 1.9 million passengers, which is 81% of the passenger number recorded in 2019. October was the fourth consecutive month in which the airport reached more than 80% of the passenger figures of 2019, thanks in particular to the growth in business travel. With 66,000 tons of goods carried, cargo volumes decreased by 9% on last year.

Passenger traffic: 81% of the number of passengers in 2019

In October, 1,871,732 passengers passed through Brussels Airport, representing 81% of the September 2019 traffic. The strong growth in passenger traffic observed this summer continues with the 4th consecutive month reaching 80% of the pre-crisis passenger level. As in September, business travel continues to grow after a sharp decline during the Covid crisis. There are still more Dutch travellers at Brussels Airport who want to avoid the crowds at Dutch airports.

With the autumn holidays starting a week earlier for French-speaking schoolchildren, October also saw a strong increase in departing passengers.

The share of departing transfer passengers was 15%, 4% lower than in 2019, due to strong growth in local passengers.

The top ten destination countries in October were Spain, Germany, Italy, Turkey, Portugal, the USA, France, Greece, the UK and Morocco. Turkey and Greece in particular exceeded the October 2019 performance due to the early start of the autumn holidays.

In October, freight transport at Brussels Airport was down by 9% compared to the same period in 2021 and up by 21% compared to 2019. Air cargo volumes were down 9% year-on-year to 53,400 tonnes, mainly due to a particularly good year in 2021 for the Brussels Airport cargo area. The full cargo segment also declined by 14%. Belly cargo increased slightly by 2%, due to the increase in the number of passenger flights. Finally, the integrator segment declined by 13%. In general, cargo volumes are under pressure due to continuing geopolitical tensions, lockdowns in China, the threat of a recession and its impact on e-commerce.

The number of cargo flights has decreased by 12% compared to 2021. 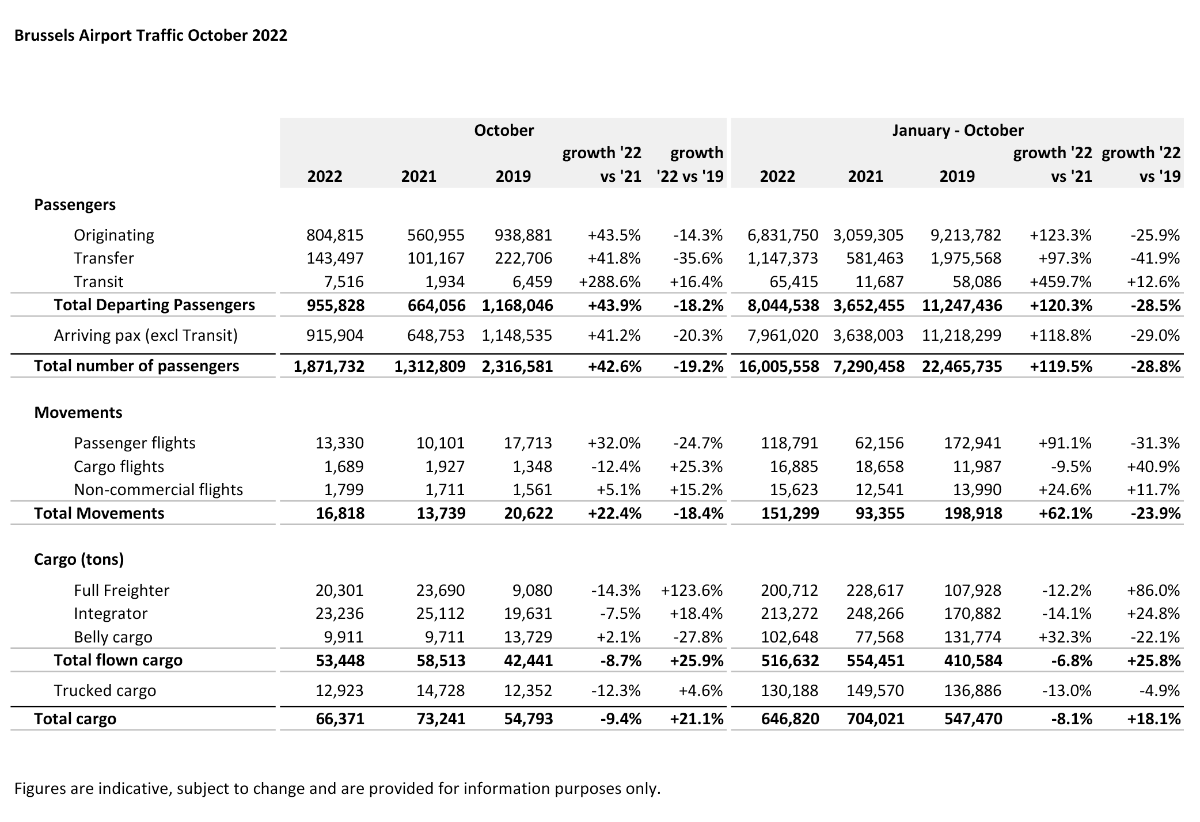