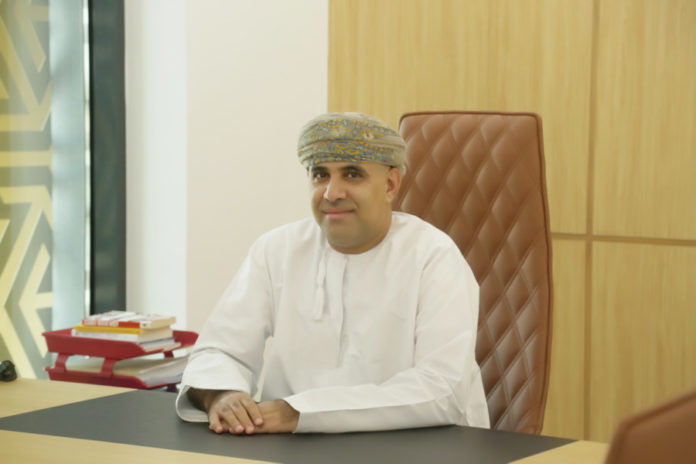 The Middle East may be the fastest growing region for air cargo but it is not being actively represented, something that Dr Khalfan Al Shueili intends to put right.

The CEO of Oman Aviation Services was elected to the board of The International Air Cargo Association in April and believes this representation will help the region and outsiders who want to do business in the Middle East.

Oman Aviation Services, which was founded in January 2017 provides aviation related services throughout the Sultanate of Oman.

Shueili believes joining TIACA will allow Oman Aviation Services to broaden its horizons in line with the outlook and vision for the future development of air cargo in Oman.

He says: “The new facilities have been equipped with the latest technologies that contribute to handle different types of cargo shipments efficiently. These facilities, which are distinguished by the modern and sophisticated technologies, also reflect the great interest of His Majesty Sultan Qaboos bin Said and the government in supporting this vital and promising sector.”

As has been widely reported, cargo volumes have been going down around the world but Oman has experienced double digit growth.

With limited manufacturing facilities, Oman and other Middle Eastern companies have developed capabilities like distribution and network connectivity.

Shueili says: “Our location makes us ideal in playing that role as we are in the crossroads between the manufacturing economies of Asia and the consumption markets in Europe. Also, Africa is an interesting market as it develops and our proximity to the area helps to play a role in the air cargo market for the region.”

The 22,780 sq m air-conditioned warehouse has the capacity to handle 350,000 tonnes per year including special cargo such as perishable goods, animals and hazardous materials.

A new cargo terminal at Salalah Airport will also boost cargo handling, providing capacity for sea-cargo movements from the Far East and the Indian Subcontinent to Europe, Africa and the USA. The 20,000 sq m area has a capacity of 50,000 tonnes, expandable to 100,000 tonnes per year.

The sector is receiving high level support, with Shueili saying: “The government of Oman, led by his Majesty Sultan Qaboos bin Said, has substantially invested in infrastructure needed to enable the growth of Oman Air cargo with three cargo complexes being established in Muscat, Duqm and Salalah.”

He believes that the industry will continue to grow in the long term. “Yes, there will be hiccups and challenges along the way – the trade wars, security concerns, etc, but we are optimistic by nature, and these small obstacles cannot stop the growth of world trade and our air cargo industry in particular. Otherwise we will all be taking a step backwards. Corporations and mankind are made and have to progress along with time, otherwise there is no meaning to our existence.”

Longer term, Oman Aviation Services wants to support the economy as well as logistics and tourism sectors in the Sultanate by attracting investment opportunities and increasing national exports.

Shueili says: “This in turn strengthens the national economy in line with the Oman vision 2040 that has emphasised positioning Oman as one of the major logistics hubs in the Middle East.”

Shueili says: “This will be achieved through three strategic pillars that have been developed to transform Oman’s air cargo sector – to retain market share, enable globalisation of national industries and establish a logistics hub for global players.”

In the two years since the establishment of Oman Aviation Services, Shueili is proud of its achievements to help improve quality and service standards. He believes it has played a major role in the success of Oman Air and Oman Airports.

He says: “We have achieved a lot together. The companies under the OAS group have achieved the targets that have been set up for them, in terms of performance within specific standards. They have also realised or are in the process of having international parties certifying and endorsing the quality programmes in their respective businesses.”

Work together to handle the heat

Working together can help overcome challenges in the Middle East such as high temperatures beyond 40 degrees. Shueili says stakeholders have to overcome this challenge, calling it a primary responsibility to customers, the shipping public and people of Oman.

He says: “We are embarking on this journey and we want the whole airport community to be involved – not only the cargo terminal operator, or the ramp operators. We need to send a strong message to all shippers and users of the Muscat International Airport that all temperature-sensitive cargo – perishables, pharmaceuticals, etc, is handled according to established processes that have been endorsed by the industry.”

Skills of the staff is another area of improvement. Shueili says: “The world and its technologies are moving very fast – if we are not keeping up, we will be left behind. Digitalisation is the hot topic now, and I can see a lot of advantages in tapping on it.”

Shueili hopes that representation on the TIACA board will benefit everyone, both in the Middle East and outside. He says increased professionalism of cargo handling can be achieved through proper training and accreditation, particularly for products such as perishables that can be damaged by the high temperatures in the Middle East.

He says: “There is a lot of education that needs to be done. We see a lot of food wastage because of cost factors or ignorance; perishables simply get damaged due to shippers/handlers not providing the necessary packaging or alerts when this cargo arrives in the Middle East.”

TIACA is the right forum

Shueili thinks the international presence of TIACA makes it the ideal forum to discuss issues and solutions, create awareness, benchmark best practices and set industry standards. He comments: “I can see plenty of benefits for the industry through the industry voice of TIACA.”

He is confident that a greater Omani presence on the TIACA board will promote air cargo growth in the Middle East.

Shueili says: “Air cargo demand in, out and transiting through the Middle East is expected to benefit from growth that is increasingly driven by emerging and developing economies. Furthermore, global air cargo traffic is projected to grow at 3.8% per annum, with the Middle East projecting the strongest growth.” 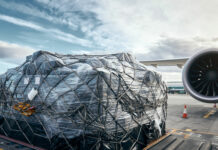 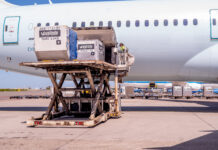