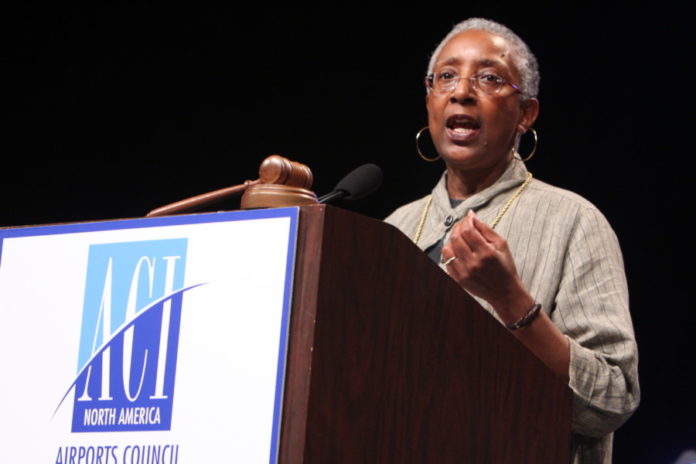 The Airports Council International (ACI) says that cargo volumes will grow “modestly” at around 2.4 per cent up to 2025.

This was revealed in ACI’s World Airport Traffic Forecasts 2016–2040 at the ACI-NA/World Annual General Assembly, Conference and Exhibition in Montreal this week.

ACI World director general, Angela Gittens says: “The weakened global economy and a sluggish global trade environment were definite deterrents to growth in air cargo volumes. There also continues to be a structural substitution effect in the delivery of goods across modes of transport, even in the face of strong economic fundamentals.

“While the shipment of raw materials and perishables have been affected the most by a move away from air cargo services to ocean freight, the modal shift can also be seen in shipments of high-tech and machinery parts.

“The largest trade flow from Asia has experienced the weightiest shift away from air cargo. Thus, in the short to medium terms, global air cargo volumes are expected to increase modestly, in the realm of 2.4 per cent on annualised basis up to 2025.”

Gittens also explains that air transport forecasts are a crucial element in airport planning and for the determination of future capacity requirements: “Because infrastructure projects are costly and often disruptive, a data-driven understanding of future demand – such as the expected number of aircraft movements, passenger traffic throughput and air cargo volumes – gives airport planners and investors the necessary information for effective decision making.

“Irrespective of short-term fluctuations in the business cycle, future growth in air transport demand will originate to a large extent from emerging markets. Large population bases and increases in per-capita incomes in these markets are major forces driving this demand.”

But Gittens adds there are several impediments that could curtail the continued rise in aviation demand, potentially hampering growth prospects over the short and medium-term: “Specifically, these are related to geopolitical unrest, terrorism and threats to security in certain parts of the world.