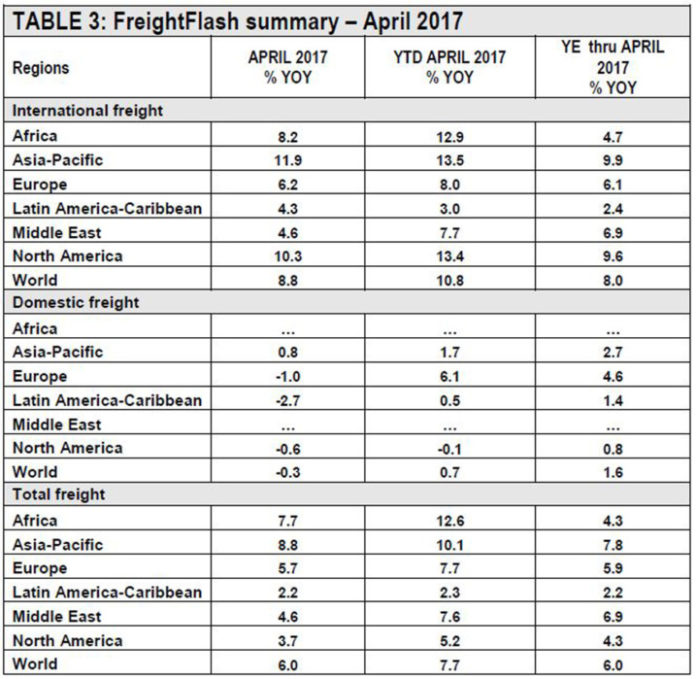 It says business confidence remains strong despite global trade uncertainty and economic integration in the USA and United Kingdom.

International trade made gains on the cyclical recovery in the global economy, translating into robust growth in airfreight volumes, and the ongoing strength of export orders across manufacturing sectors for high value goods resulted in high growth.

ACI says: “After a period of more subdued growth in 2016, air freight volumes continued to increase in 2017. Overall volumes increased 6% for the month and 7.7% on a year-to-date basis.”

Asia-Pacific saw the highest growth in April of 8.8 per cent, followed by Africa at 7.7 per cent.

Europe was third at 5.7 per cent, followed by the Middle East at 4.6 per cent, North America at 3.7 per cent and Latin America-Caribbean grew 2.2 per cent.