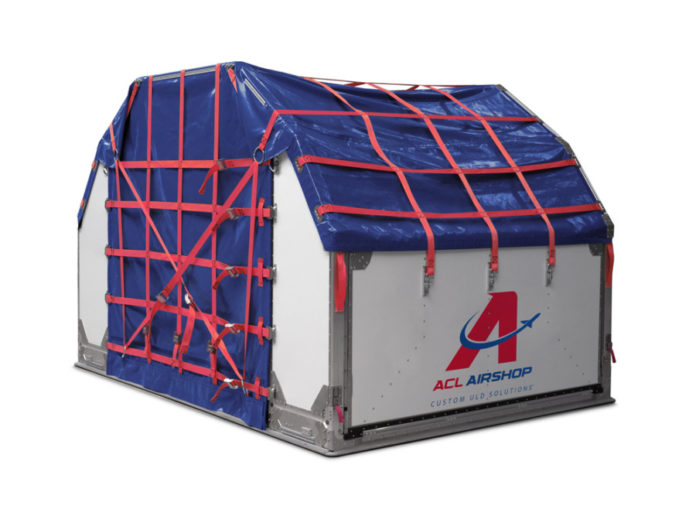 The AAY, which weighs 280 kilos can be erected and collapsed by two people in just two minutes, is seven times smaller than normal ULDs when folded. They can be stacked up to four high on a Boeing 737 Freighter main deck and six high on the lower deck of a wide-body aircraft.

ACL Airshop is the launch customer for the AAY container, and though it has invested significantly in Bluetooth Low Energy and track and trace, getting containers returned to their original location remains a challenge.

Jos Jacobsen, chief technology officer of ACL Airshop says: “E-commerce is becoming an integral part of our society, and the AAY has proven itself as a very good cargo carrier. In order to save on logistics we can now move the AAY container in larger quantities using less volume. This will save time and money for the airline and the end consumer.”

He also says the AAY containers will benefit from ACL’s Bluetooth technology and FindMyULD application.

Geert van Riemsdijk, managing director VRR adds: “When a large, reputable company like ACL Airshop becomes your launch customer, it strengthens your conviction to introduce other types of collapsible cargo containers to the market.”