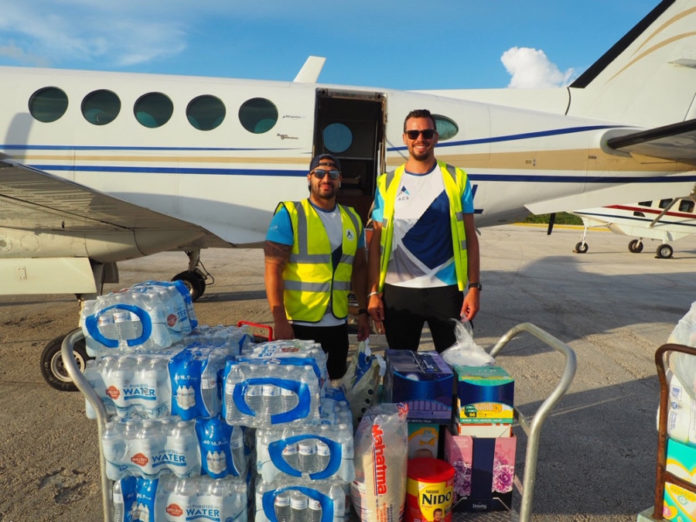 Air Charter Service’s Miami office has assisted with the Hurricane Dorian relief effort by filling up an empty passenger aircraft with supplies.

The aircraft was on its way to perform an evacuation flight, with hundreds of kilos of supplies flying on an empty leg.

Along with several evacuation flights on both private jets and larger aircraft, as well as relief good charters, ACS donated their own aid to the victims in the Bahamas.

Jordan Hinsch, private jets manager of ACS Miami he flew to Great Harbour Cay in a KingAir 100 with a colleague, and that as a company flying other people’s aid to disaster-hit regions, they wanted to be more hands-on this time.

After finding out what was most needed from the National Emergency Management Agency for the Bahamas, they went to a local wholesale store and bought hundreds of dollars of goods.

He says: “On the flight we took stocks of bottled water, first aid kits, dry milk powder, rice, dog food, bars of soap, hand sanitiser, antibiotics, beans, tuna, canned fruit, toothpaste as well as baby and feminine products. When we got there, we helped offload the airplane and carry the supplies into the storage room at the airport, from where they would be best distributed.”

Justin Bowman, group CEO of ACS adds: “The team in Miami really pulled together for this. I think the fact that it was so close to home and the hurricane almost hit them in Miami, meant they felt they wanted to help. As Jordan said, we always arrange relief charters on behalf of others, but it is nice to be able do our own bit.”