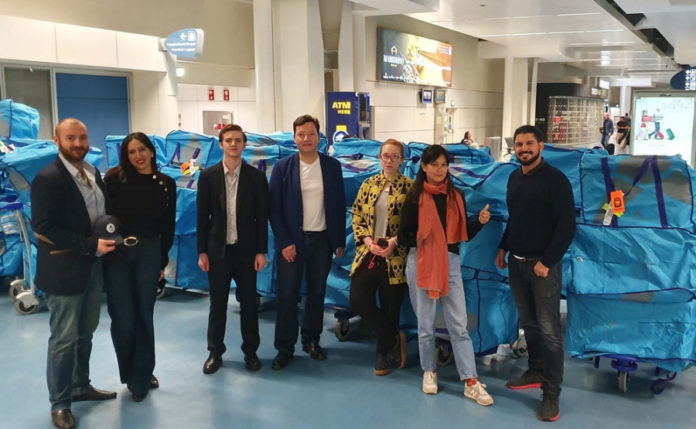 When a customer needed to move five tonnes of automotive parts, a team of Air Charter Service’s onboard couriers were on hand to ship the cargo.

The Geneva office got a call to move the parts from Zhongshan, China but regular airfreight services were not an option due to the holiday weekend, and charters were out of the question due to needing seven days for permits in Asia.

The best option was to truck the cargo to Hong Kong where a team of 25 couriers were waiting for the cargo.

The cargo was repacked into 186 separate packages each weighing 32 kilos, with the first group of couriers setting off less than 36 hours after the initial call each with seven packages.

The teams flew from Hong Kong to either Frankfurt, Amsterdam or Munich before taking their connecting flights to Porto, Portugal.

Oliver Weigelt, onboard courier manager of Air Charter Service says: “All of the cargo, a total of 186 boxes, had arrived in Porto just 72 hours after the trucks picked up the shipment in Zhongshan. Without our network offices and couriers, this shipment would not have been possible, and I now believe that there is no job too large for us to take on.”