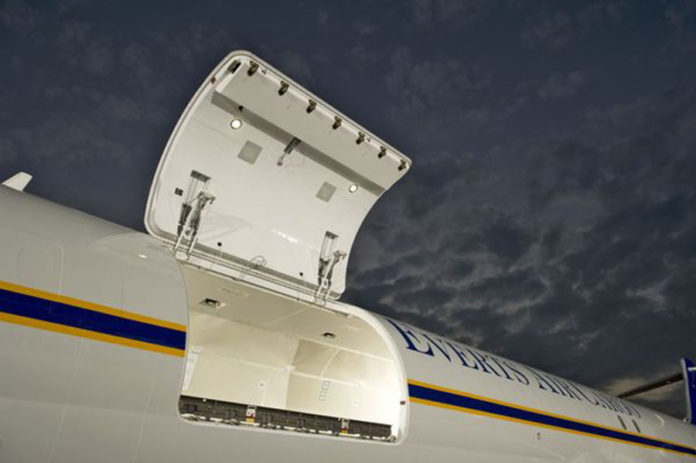 Aeronautical Engineers (AEI) has signed a contract to provide Everts Air Cargo with two MD-83SF conversions by the end of the year.

The first MD-83 (MSN 53471) will commence modification on 4 April and will be re-delivered to the Fairbanks, Alaska-based airline at the beginning of August 2018.

The second one (MSN TBD) will then follow and is scheduled for re-delivery in December 2018, with both modifications being performed by Commercial Jet’s Dothan, Alabama facility.

Everts will use the AEI MD-83SFs to replace and augment its existing fleet of DC-9 aircraft, and the new aircraft provides the airline with an Ancra CLS capable of carrying 12 88”x108” containers.