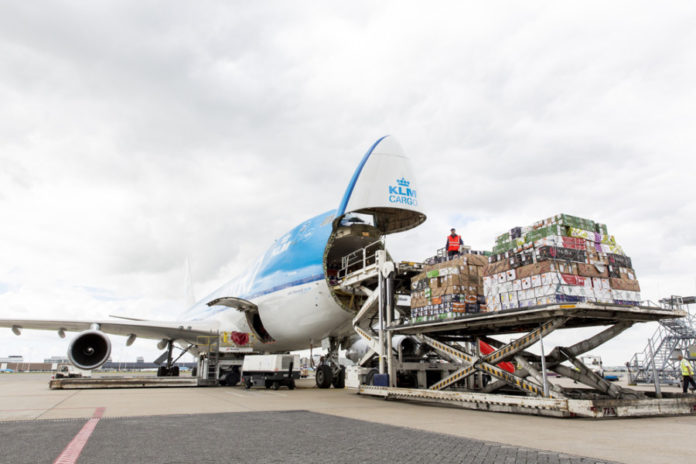 The flowers were exported from countries such as Kenya, Ecuador and Colombia in January and February, including Kenya’s famous Rhodos roses.

Using Boeing 747-400F and combi-aircraft, AFKLMP was able to provide main deck capacity to and from Nairobi, Quito and Bogota.

For the first time, four Air France Boeing 777 Freighter flights from Nairobi to Paris were re-routed via Amsterdam to support the demand for flowers and Dutch trade.

In 2018, AFKLMP shipped more than 84,000 tonnes of flowers from Africa and Latin America to Amsterdam Airport Schiphol.

Marcel de Nooijer, executive vice president of Air France KLM Martinair Cargo says: “We met seasonal peak flower demand for this year’s Valentine’s Day with enormous success. We are proud to show our strong commitment and professional dedication to the international flower business, which has a proven history over so many decades.”

Transporting flowers is a delicate process, requiring a stable logistics cold chain to ensures quick and efficient transportation to keep the flowers as fresh as possible.

To move flowers and plants seamlessly from grower to wholesaler, Royal FloraHolland, Schiphol Cargo and AFKLMP have initiated the Holland Flower Alliance to pursue innovation and sustainability in the floral supply chain.