Champ Cargosytems’ cargo management IT platform, Cargospot, will be operational at Cathay Paciifc by the first quarter of 2016, according to CHAMP chief executive officer (CEO), Arnaud Lambert.

Cathay Pacific chose Cargospot in October 2014 after a six month design period to replace the airline’s own IT system, which it introduced in the 1980s.

Lambert tells ACW: “The Cathay Pacific deal is going perfectly, we have learnt a lot. We aim to have it up and running by the first quarter next year. It needs to be finalised into the organisation as it is a big project.”

Lambert became CEO of CHAMP in February 2015, replacing John Johnston. Before becoming CEO, he was a member of the CHAMP executive committee and vice president of global service delivery. He says management have been very supportive since starting his new position.

Describing his first three months in charge, Lambert tells ACW: “It has been a really exciting few months, being at the helm is a very different adrenaline level. I have spent the first three months listening to the employees, management and also the customers and I will continue to do so.”

He says the areas he and CHAMP are focusing efficiency, compliance and yield improvement.

Lambert adds that CHAMP is always trying to evolve, to help customers cope with the ever changing cargo market, and other areas such as security.

He says: “We can see we have a big added value service, several customers are ready for e-freight, though some are not.” 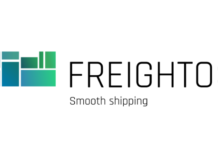 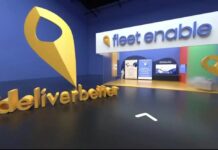