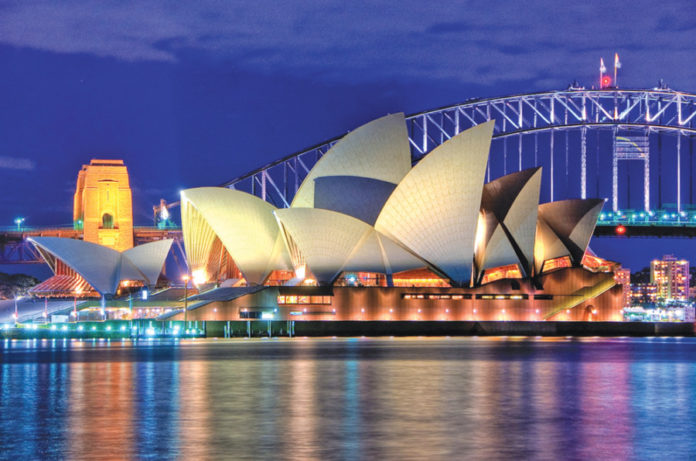 Perishables and e-commerce remain key growth sectors for the Australasia trade as the demand for fresh produce, seafood and meat in Asia continue to drive volumes out of Australia and New Zealand, while inbound e-commerce continues its unabated growth, writes Donald Urquhart.

Noting that over 50 per cent of the Qantas Group’s international passenger capacity now serves the region, he says that in the 2016-2017 financial year, Qantas Freight uplifted approximately 19,000 tonnes of freight to Southeast Asia alone across both passenger and charter flights.

“Our commitment to the region was bolstered on 31 August when we announced that we will be re-routing our daily Sydney-London A380 service via Singapore rather than Dubai, while also upgrading our existing daily Melbourne-Singapore flight from an A330 to an A380 – an arrangement that will significantly increase both freight and passenger capacity,” he adds.

For Singapore Airlines Cargo, which just came off a healthy year posting an operating profit of SGD 148.1 million ($110.7 million) in the 2017/18 financial year, the Australasia trade is also an important one.

“However, the general freight market for exports out of the region has remained flat since March 2018,” he said adding that the overall cargo market is expected to “remain stable and overall yields are forecasted to stay relatively healthy.”

“This slow down is expected as perishable volumes Ex-New Zealand wind down and the import market reacts to a falling New Zealand dollar.”

But in between the peak seasons, there is none-the-less persistent demand from the growing middle class in Asia, particularly China, for these perishables.

Virgin Australia, whose cargo sales are handled by Virgin Atlantic Cargo, up-scaled its Melbourne-Hong Kong service to a daily flight last November has seen steady cargo growth in both directions on its A330-200 passenger flights which offers nearly 14 tonnes of belly capacity.

Aside from perishable fruits and vegetables, regular shipments have included meat and dairy products, garments, shoes, electronics goods, vitamins and milk powder. Perishables are also a key export commodity out of Australia and New Zealand for Singapore Airlines Cargo, but the cargo also comes with its own set of challenges, Ionides says.

“Perishables, our main export commodity, is dependent on a number of variables such as weather conditions, export country quarantine and customs restrictions, as well as international perishable commodity supply and pricing. This creates volatility in export volumes when a single variable changes,” he says.

Apart from perishables such as produce, meat, seafood and dairy, other commodities including general freight, aircraft engines, event and concert movements, as well as e-commerce products are moved in and out of the Australia and New Zealand by the Singapore carrier. Being a story of growth all-round last year, New Zealand saw consistent growth on both airfreight import and export lanes, says Coldham.

But there was a downside to this as capacity shortages were experienced on trans-Tasman route in the peak season, as well as on import volumes Ex-Asia and Europe, he adds.

“Cargo on trans-Tasman route remain congested in the NZ /AU summer months due to seasonal increases in dry cargo volumes aligning with increased demand from the perishable sector,” he says.

Freight forwarders also face new challenges through the rapid expansion of B to C e-commerce volumes at the expense of traditional B to B supply chains more suited to traditional freight forwarding business, Coldham adds.

This is also exacerbated by large retail online platforms moving into the logistics and freight forwarding space. And with the trans-Tasman crucial for New Zealand shippers, forwards and consumers, Coldham says that “from a New Zealand viewpoint we believe trans-Tasman airfreight demand will grow as the big online retailers are likely to follow in the footsteps of Amazon and set up warehousing on the Australian eastern seaboard to service both the AU and NZ marketplaces.”

For Qantas, the changing nature of the freight industry also means that there are opportunities for the carrier to improve its business and the services it offers, says McGlynn.

“We have been proactive in making necessary changes to meet those evolving needs, including the changing of routes and aircraft types to optimise our network to better meet demand. This is something we will continue to do across our business to ensure we’re consistently providing our customers with reliability and choice.”