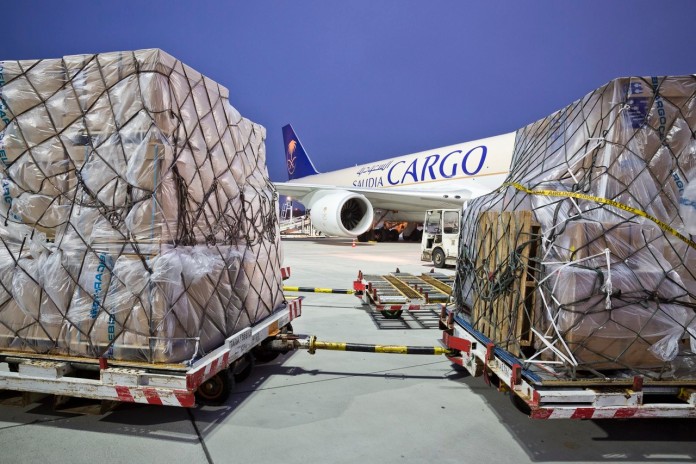 Saudia Cargo is looking to further increase freighter and bellyhold frequencies to India to tap into the growing opportunities in India.

Speaking to Air Cargo Week at the Air Cargo India conference and exhibition in Mumbai, vice president for commercial, Rainer Muller says Saudia held meetings at the event and opportunities came to the fore, which the carrier will be following up.

Muller explains: “For us India is one of the strongest markets and one of the highest growth rates both in and out of India and compared to other markets like China and Europe and on top if it we are increasing our capacities – because of the strong ties between Saudi Arabia and India.

“There is plan to increase passenger (bellyhold) frequencies to India to five passenger flights and the airline side is looking into more options. There are negotiations ongoing at the government level over additional traffic rights.

“On the freighter side we could add frequencies to the existing programme we have with two freighters into Mumbai, which is option. Another option is to look into other destinations (such as Delhi).”

Muller says India is unique as it is not facing the difficulties like other developing markets and development is more stable and he feels this s partly due to the variety of commodities: “We see growth in pharmaceuticals, and perishables (meat) and the courier business, which is one of the reasons why the market is so strong.

“There is also balance (of exports and imports), and you don’t have that everywhere and in our case something adding to it is the courier business, shipments from workers from India living in Saudi Arabia and the UAE, sending packages back – consumer goods to their family.”

Muller sees Asia as a whole developing further, but one challenge in the region for cargo carriers he says is falling rates, which are putting pressure on freighter operations, but Saudia balances this through specialised products and trade lanes.

Asia will remain a core market he says: “In Asia, Europe and the USA, the traffic flow between these three areas will be by far the number one traffic areas, intra-Asia traffic is developing but when it comes to growth rate there is also Africa. In the mid-term we will see good growth into and out of Africa.”

“In Saudi Arabia the growth is mainly based on origin and destination traffic, more and more people travelling to Hajj etc – and a growing population, which is why the passenger network is growing.

“For cargo we are concentrating more on certain markets and not covering the globe like other carriers. We are concentrating on double-dose markets where we are strong and can add value to our customers like India, Bangladesh and Kenya.”