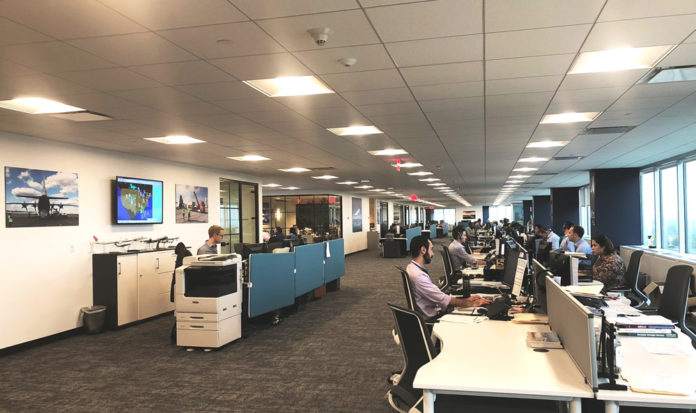 Air Charter Service (ACS) has expanded its US headquarters in New York to manage future growth of the nine offices across the region.

The project of moving ACS’s second largest office is off the back of its most successful year in 2018.

Richard Thompson, president of ACS Americas says: “Last year ACS Americas arranged just shy of 6,000 charter contracts across the nine offices and saw revenue of more than $250 million. This expansion was essential as our HQ supports the ever-growing network of offices across the region – three of the nine have opened in the past two years and we have more planned in the near future.”

He says ACS opened its first US office in 2004, a small shopfront premises on Long Island, and now there are more than 50 people, with continued expansion the reason to move to new offices.

Thompson says: “The project to move here has taken almost a year to complete, in order for it to be as seamless as possible. The new office is 20,000 square feet, more than double the floor space of our previous premises. We now have the space to allow us to grow and expand our sales, operations, HR, accounts, legal and customer experience teams.”