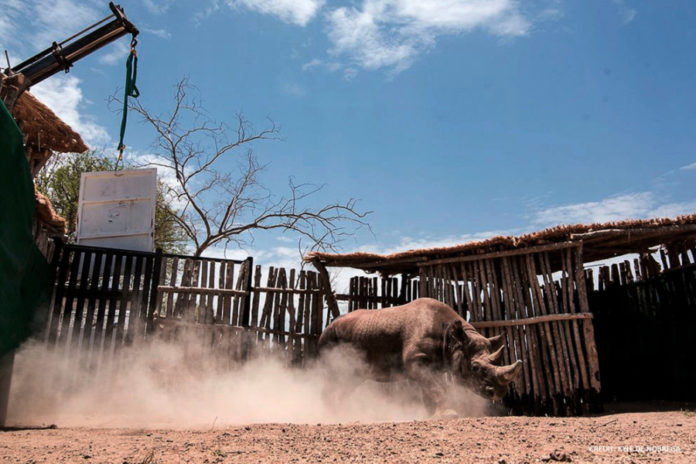 Air Charter Service has transported six wild black rhinos to Zakouma National Park in Chad to reintroduce them to the country almost 50 years after they were wiped out by poaching.

The flight was part of a project led by a collaboration between the governments of South Africa and Chad, the conservation non-profit African Parks and South African National Parks.

African Parks, which manages Zakouma in partnership with the Chadian government, had implemented measures to eliminate poaching in the park, creating a safe environment for the species to thrive.

ACS Africa managing director, Lyndee du Toit says: “The rhinos were held temporarily in ‘bomas’ (enclosures) in South Africa, attended to by expert teams and given time to acclimatise to prepare them for the journey. They were sedated for the flight and accompanied by support staff and vets and were closely monitored throughout the trip to Chad.

“Our part in this project was the culmination of two years’ extensive preparation from the various parties involved, to ensure the welfare of the animals during transit. The flight, on an Antonov 12 aircraft, left Port Elizabeth in South Africa and flew more than 3,000 miles to Zakouma’s Airfield in Chad. We had to factor in stop offs in Luanda for fuel and also N’Djamena for immigration purposes.”

African Parks chief executive officer, Peter Fearnhead says there are fewer than 25,000 rhinoceros remaining due to the demand for their horns.

He says: “Through our partnership with the Government of Chad we have been able to restore security to Zakouma, creating an opportunity to re-establish a Central African population of the species in a secure and functioning park.

“This reintroduction is an important contribution to the long-term conservation of rhinos in Africa, and also to the enrichment of Chad’s natural heritage.”