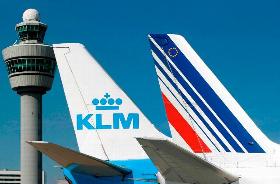 Air France-KLM-Martinair Cargo (AF-KL-MP) is to speed up the withdrawal of its Boeing MD-11 Freighters because of the moribund airfreight market, restructuring its operations for more bellyhold freight.

Five freighters operated by Martinair Cargo will be retired between mid-2015 and mid-2016. They were to have been phased out between now and 2022, but the stagnation of the air cargo sector and the ever-increasing supply of cargo capacity passenger aircraft bellyholds have forced the group to move more quickly. By the end of 2016, the group’s freighter fleet will consist of two Air France Boeing 777 Freighters, operating out of Paris Charles de Gaulle Airport, and three Boeing 747 Extended Range Freighters, flying from Amsterdam Airport Schiphol. That compares with a fleet of 13 freighters operating under the combined carriers’ auspices in 2013.

The accelerate retirement decision had been taken by Air France-KLM board of directors only hours before a 4 September press conference at Schiphol. Other options considered include, investing in new generation more efficient freighters, partnering with other carriers to achieve synergy efficiencies and selling Martinair Cargo. These were rejected because, new freighters would have made insufficient difference to the bottom line, an ideal carrier partner could not be found and Martinair’s slots and position in the Latin American market are too valuable to divest. At the press conference, KLM managing director Erik Varwijk explicitly ruled out the sale of Martinair Cargo.

Varwijk expects AF-KL-MP to concentrate on carrying high value freight such as pharmaceuticals, express and other premium products. He claims the group’s worldwide network will hardly be affected by the accelerated freighter retirement. He did not rule out boosting freighter capacity should there be a sizeable recovery. “Never say never,” Varwijk says.