He says the market this year has been similar to 2015 with yields continuing to come under pressure, but the UK voting to leave the European Union, dubbed ‘Brexit’, and Donald Trump being elected US president “could mark a turning point for the world economy”.

He tells ACW: “2017 could be a very interesting year, it could continue as per 2015 and 2016 and remain static, or the new economic climate created by Brexit and new US President could see a significant year on year improvement.”

Dawkins predicts the next six months will remain uncertain as overcapacity continues and yields remain under pressure. He describes Europe as remaining static while Asia is growing.

More immediately, he says Air Logistics Group has not seen an end of season rally for the last five years, which he attributes to shippers being savvier in their ordering processes and marketing to the end user.

He comments: “Stocks are maintained throughout the year to avoid the last minute rush at the end of the season, allowing shippers to take advantage of lower cost transportation methods.” 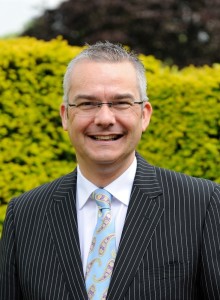 “However the recent difficulties at a large sea container company have resulted in a small uptick in October and November.”

E-commerce is also causing changes, with Dawkins explaining to ACW: “It is clear that the weight of shipments is becoming smaller due to improvements in technology and e-commerce will certainly have a significant impact on the size of shipments in the years to come.”

Consolidation in the industry is also predicted to continue, with Dawkins saying: “There has been consolidation in our industry for the last 10 years by airlines, handlers, forwarders and GSA companies. It is a normal evolution in the globalised world we live in today.”

Air Logistics Group is also working on improving efficiency, Dawkins says: “We continue to invest in IT and back office functions as the demand from our airline clients is to have
revenues and yields as quickly after flight departure as possible.”

The company has 88 offices worldwide, and Dawkins says it aims to have 100 before its 25th anniversary in 2019. It is opening three to five new offices a year, and recent additions have included Oslo, to cater for the important fish export market.

Dawkins tells ACW: “All sales in Norway were previously managed by our office in Denmark but now there is a local sales presence on the ground in Norway working in co-ordination with the support team in Denmark.”

The GSSA represents 12 airlines in Norway including American Airlines, Cargolux, Icelandair (pictured above), Pegasus Airlines and PIA, with the key commodities consisting of fresh fish, oil and gas, and electronic equipment.

The Oslo office was opened on 1 September, and is being overseen by regional director for Scandinavia & Finland, Henrik Spove, and on a local level by station manager for Norway, Frank Da Cruz. 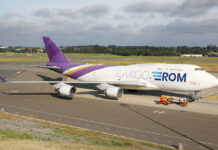