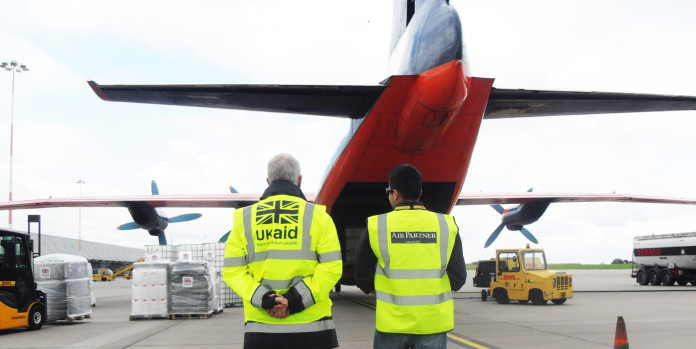 Air Partner is winding down its Ebola relief work in Sierra Leone as the West African nation is declared free of the disease.

As part of the United Nations World Food Programme, Air Partner shipped over 14 tonnes of blankets, tarpaulins, sleeping pads, water tanks, jerry cans, generators and tents on a Boeing 737-400 Freighter from Accra, Ghana to Freetown, and over 15 tonnes from Accra to Roberts Airport in Liberia. Air Partner says it has also transported large quantities of medical equipment and supplies from the United States and the Middle East to both Sierra Leone and Liberia.

Air Partner director of freight, Richard Smith says: “To date we have flown 3,400 tonnes of aid to West Africa, including 150 ambulances, over 1,400 beds and more than a million safety suits.”

“It has been over a year now since we were first called upon to assist with the Ebola relief mission and we are extremely proud to have supported our clients for so long in the battle against this devastating disease.”