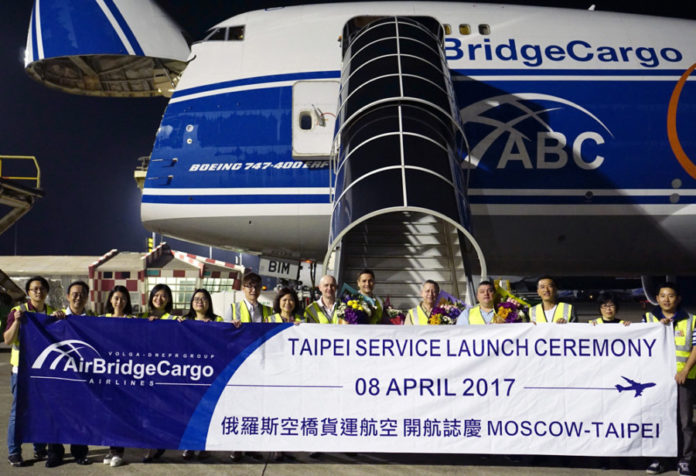 The Taipei flights will operate from Moscow Sheremetyevo every Wednesdays and Saturdays, returning via Hanoi in Vietnam, which ABC says enable it to link Taipei with destinations in the Middle East, Europe and the US for imports and exports.

ABC general director, Sergey Lazarev says: “Taipei is a mature and stable air cargo market generating volumes close to 500,000 tonnes per annum so it is a major origin, destination and transit point for freight. This includes exports of electronic components, machinery, textiles as well as a diverse range of import cargoes.”