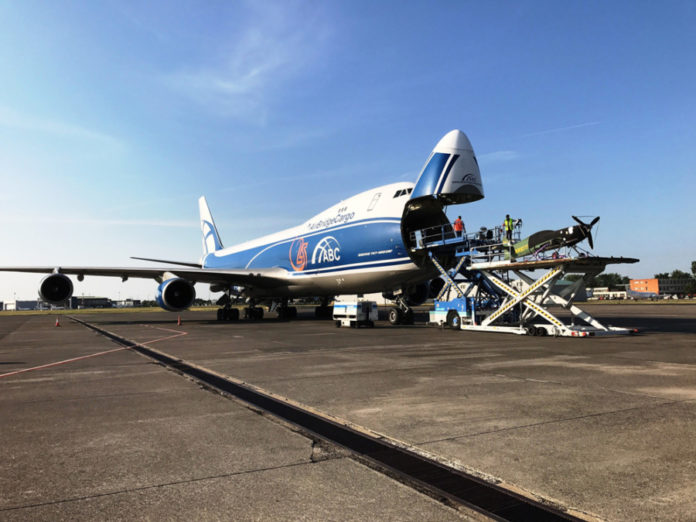 AirBridgeCargo Airlines (ABC) has moved two Red Bull Air Race planes from Budapest to Kazan for the next event of the series, taking place on 22-23 July.

Wings were dismounted, aircraft fuselages tightly tied down, back-up engines on separate pallets and other items were flown from Hungary to Kazan on a four-hour flight to the historic city on the river Volga, which is the capital of Russia’s Republic of Tatarstan.

The nose of the 747-400 can be opened, making it easier to load the racing planes into the cargo compartment.

Budapest Airport head of cargo, Jozsef Kossuth says: “The loading operation went surprisingly smoothly, Celebi Ground Handling staff really wrapped it up fast this time. As a result, it only took two days to move the complete ground and air equipment of the Red Bull Air Race from the Danube to the Volga.”