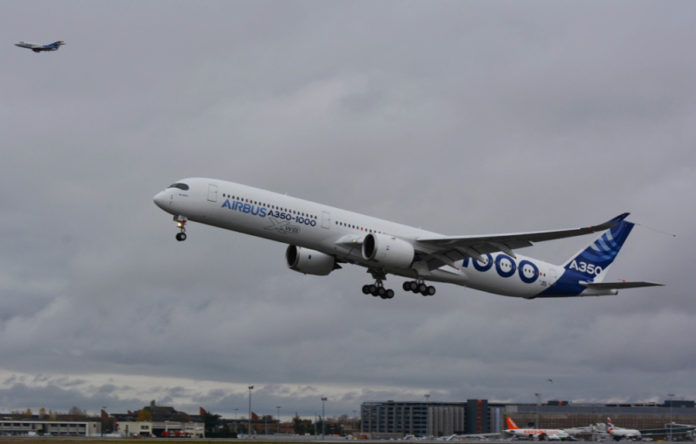 The first Airbus A350-1000 has taken off for its maiden flight, and is expected to enter scheduled service in the second half of 2017.

The aircraft took off at 10.42h at Blagnac in Toulouse, France and the test flight took place over Southwest France.