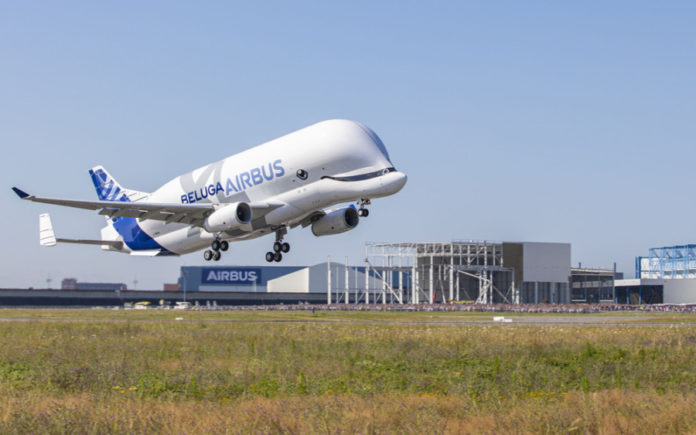 The first BelugaXL took to the skies in Toulouse, France at 10.30 local time for its maiden flight on Thursday 19 July.

The first of five BelugaXLs will enter service in 2019, gradually replacing the BelugaST. The XL is based on the A330-200 Freighter, re-using many existing components and equipment.

It landed at 14.41 local time, with its first flight lasting four hours and 11 minutes.

The BelugaXL will undergo 600 hours of flight tests over 10 months to achieve Type Certification and entry into service in late 2019.

The programme was launched in November 2014 to address transport capacity requirements in view of the A350 XWB ramp-up and single-aisle production rates.

Five BelugaXLs will be built between 2019 and 2023 to gradually replace the five BelugaSTs.