A historic agreement was reached by governments, industry and civil society representatives yesterday after they agreed on a new global market-based measure (GMBM) to control CO2 emissions from international aviation.

It came as the plenary session of the International Civil Aviation Organization’s (ICAO) 39th Assembly agreed to recommend adoption of a final Resolution text for the GMBM in Montreal (Canada). ICAO’s 191 member states agreed to implement a Carbon Offset and Reduction Scheme for International Aviation (CORSIA).

ICAO Council president, Dr Olumuyiwa Benard Aliu says: “It has taken a great deal of effort and understanding to reach this stage, and I want to applaud the spirit of consensus and compromise demonstrated by our Member States, industry and civil society.

“We now have practical agreement and consensus on this issue backed by a large number of States who will voluntarily participate in the GMBM – and from its outset. This will permit the CORSIA to serve as a positive and sustainable contributor to global greenhouse gas emissions reduction.”

ICAO’s CORSIA is designed to complement the basket of mitigation measures the air transport community is already pursuing to reduce CO2 emissions from international aviation.

These include technical and operational improvements and advances in the production and use of sustainable alternative fuels for aviation.

Implementation of the CORSIA will begin with a pilot phase from 2021 through 2023, followed by a first phase, from 2024 through 2026. Participation in both of these early stages will be voluntary and the next phase from 2027 to 2035 would see all States on board.

“I would like to thank all those who have been part of this process”, says Dr Fang Liu, secretary general of ICAO. “This Resolution is the reflection of the spirit of co-operation and tremendous efforts. The ICAO GMBM endorsed today is an important addition to the basket of measures aviation is pursuing to address CO2 emissions.”

The International Air Transport Association (IATA) has congratulated states who achieved the historic agreement to implement the market-based measure.

IATA’s director general and chief executive officer, Alexandre de Juniac explains: “The historic significance of this agreement cannot be overestimated. CORSIA is the first global scheme covering an entire industrial sector. The CORSIA agreement has turned years of preparation into an effective solution for airlines to manage their carbon footprint.

“Aviation is a catalytic driver of social development and economic prosperity—it is the business of freedom making our world a better place. This agreement ensures that the aviation industry’s economic and social contributions are matched with cutting-edge efforts on sustainability. With CORSIA, aviation remains at the forefront of industries in combatting climate change,”

By itself, CORSIA will not lead to a sustainable future for aviation. Along with this global market-based measure, the industry will continue to drive its four-pillar strategy on climate change, comprising improvements in technology, operations and infrastructure, complemented by CORSIA.

To ensure that CORSIA is fair and without market distortions, the scheme will include provisions to deal with special circumstances such as those of fast-growing airlines and carriers which have made significant investments to improve environmental performance already. 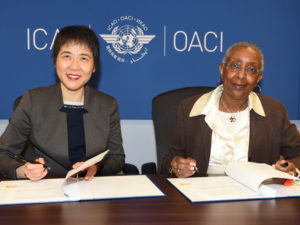 Meanwhile, the Airports Council International (ACI) and ICAO have signed a memorandum of understanding (MOU) for providing a framework for enhanced co-operation regarding environmental related initiatives.

The announcement was made yesterday evening by Angela Gittens, director general of ACI World, at ICAO’s 39th Assembly and she signed the MOU with Dr Fang Liu, secretary general of ICAO (above).

The MOU will see ACI and ICAO working much more closely to implement new and improved programmes for greener airports worldwide, with greater information exchange, practical guidance for best practices at airports and working on other initiatives. 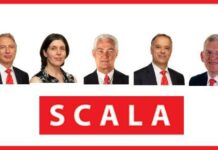 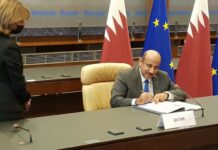