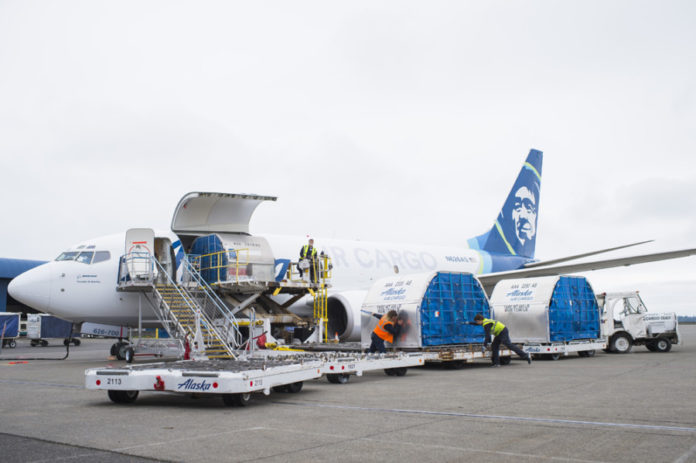 Alaska Air Cargo has delivered more than 29 tonnes of wild Copper River salmon to Seattle for the start of the summer salmon grilling season.

The first flight landed at Seattle-Tacoma International Airport at 06.30am on 18 May, with an additional three flights delivering yet more fish following by midday, marking the start of the salmon grilling season, an event eagerly awaited by seafood lovers throughout the Pacific Northwest and beyond. “Our cargo employees are working around the clock to ensure we deliver the first catch of the coveted wild Copper River salmon to market, often within 24 hours of being pulled from the water.”

Every year Alaska Air Cargo partners with the state of Alaska’s three largest seafood processors, Trident Seafoods, Ocean Beauty Seafoods and Copper River Seafoods to bring the fish to Seattle where it will be delivered to restaurants and grocery stores throughout the Pacific Northwest and across the country.

The season’s first fish, a 31-pound king salmon donated by Trident Seafoods was the catch of the day for three Seattle chefs competing for the best salmon recipe in the ninth annual Copper Chef Cook-off.