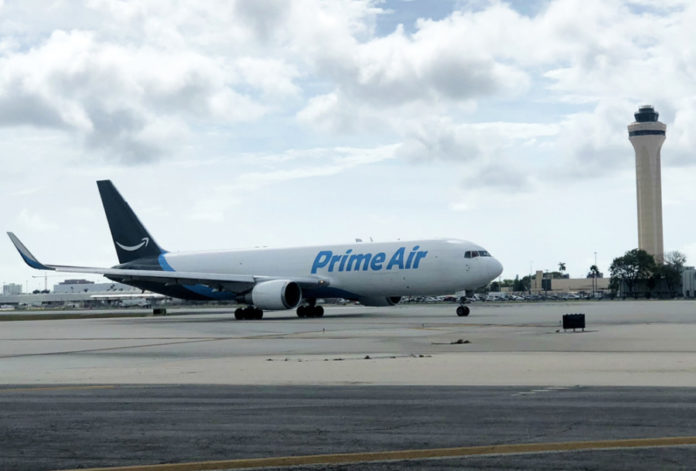 An Amazon Air Boeing 767 Freighter being operated by Atlas Air has crashed near Anahuac, Texas with three people not surviving the crash on 23 February.

The National Transportation Safety Board is investigating the crash, with the NTSB reporting that senior investigator Jim Hookey and Dan Kemme of GE Aviation examining the wreckage recovered from the scene on 24 February.

Atlas Air says its primary focus is to provide the families of those affected with care and support, having established a Family Assistance Center.

CEO Bill Flynn is on site with a team from the airline, and he says: “This is a sad time for all of us. Our team continues to work closely with the NTSB, the FAA and local authorities on the ground in Houston. We would like to commend the efforts of all of the first responders. We sincerely appreciate their efforts and support in the investigation.”

In a statement following the crash, Captain Daniel Wells, an Atlas Air captain and president of the Airline Professionals Association Teamsters Local 1224 says: “Our union stands together as a family and in support of our members’ families. Our focus is on our friends and colleagues who were on that plane, and we are doing everything we can to support their families. Teamsters Local 1224 representatives are already on the ground supporting this investigation. We also thank the first responders who rushed to the scene to help.”