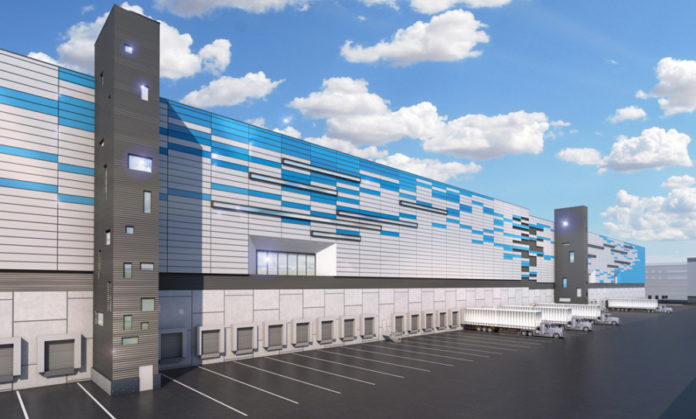 Ground was broken on 14 May in a ceremony attended by delegates including the founder and CEO, Jeff Bezos. The air hub is scheduled to open in 2021 and create more than 2,000 jobs.

Matt Bevin, Kentucky governor says: “This massive project at the Cincinnati/Northern Kentucky International Airport will be revolutionary for the region’s workforce and for our state’s overall economy. We are grateful for Amazon’s long-term commitment to Kentucky, and we are proud to see this momentous new endeavour take flight.”

The pilots who fly for Amazon and DHL at contracted carriers Atlas Air, Southern Air and Air Transport Service Group (ATSG) subsidiary ABX Air are using the website, pilotsdeservebetter.org and the mobile billboard to call on the carriers to improve working conditions as contract negotiations remain stalled. The pilots are represented by the Airline Professionals Association (APA) Teamsters Local 1224.

Captain Robert Kirchner, Atlas Air pilot and executive council chairman for Atlas Air pilots of Teamsters Local 1224 says while the pilots are pleased to see the expansion of partnerships between carriers and Amazon Air, they are concerned that airline executives are overpromising services.

He says: “Amazon’s ground-breaking event at CVG should be cause for celebration but instead all it’s causing is panic. The ground is falling out from underneath our carriers and to prevent disaster at Amazon and its new internal logistics network, Atlas Air and ATSG need to correct high attrition, low pay, and mistreatment of pilots by working with us to settle a fair contract.”

The website is a resource for pilots, investors and prospective pilots looking for a career with Atlas Air, Southern Air and ABX Air. It has videos, fact sheets, copies of current union/carrier contracts and more, including updates on negotiations.

The mobile billboard will circle the airport in May and raise awareness of the “hollow” promises from Atlas Air and ATSG executives. It asks the questions “Are ATSG and AAWW misleading Amazon on the pilot shortage?” and send the signal that pilots are ready to strike.