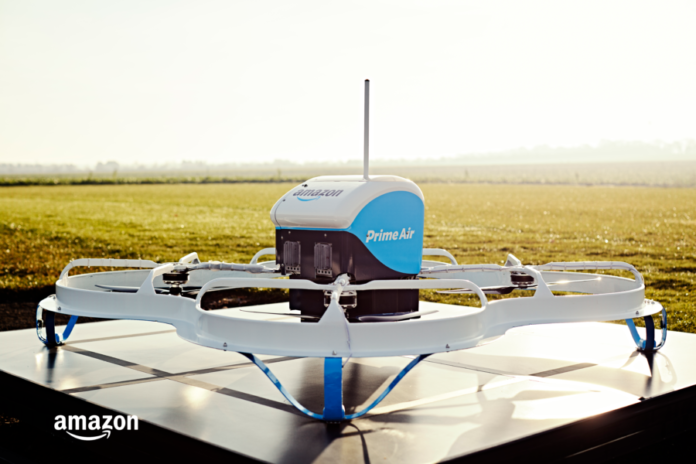 Amazon has made its first successful Prime Air drone delivery service to homes in Cambridge – in the UK.

The trial is only open to two customers in UK who have huge gardens, live close to an Amazon depot and want items that weigh less than 2.6 kilogrammes, but the online retail giant says it hopes to expand the service to dozens more homes in the coming months.

Amazon says it delivered a TV streaming stick and bag of popcorn directly to the garden of a nearby customer and the delivery took place last week, and involved fully autonomous flight, with no human pilot involved in the process.

Amazon chief executive Jeff Bezos, tweeted via Twitter today: “First ever #AmazonPrimeAir customer delivery is in the books. 13 min—click to delivery.” He also posted a video of the delivery.

In July, it was announced Amazon was teaming up with the UK Government to start testing flying drones to look look at the best way to allow drones to fly safely in UK airspace.

Amazon is conducting the trials in Britain, because the regulations are more flexible than in other countries and it is aiming for them to be operational by 2020.

UK Government ministers want to look into the opportunity for businesses to start using the technology in future, but they will still have to assure the public having automated drones flying is safe and won’t invade people’s privacy.

The government says the work will help it draw up new rules and regulations for the future, so all companies can take advantage of drone technology, which it says could eventually be worth billions.