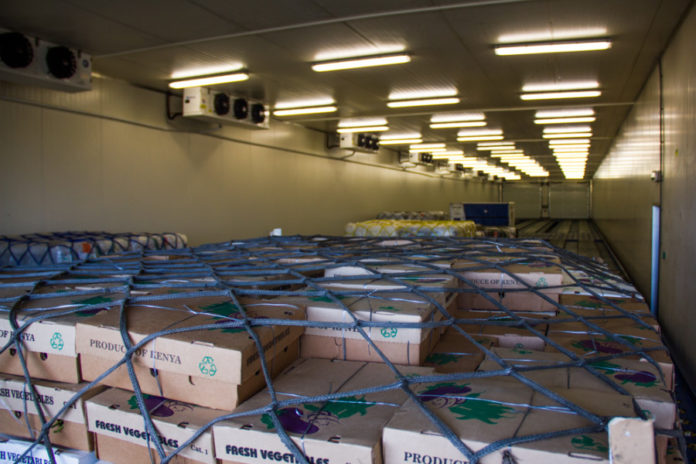 Kenyan cargo handler Siginon Aviation is targeting a contract win with a European carrier in Nairobi in the near future as it looks to further expand its presence at one of Africa’s main airfreight hubs.

Earlier this month it secure a cargo handling deal with Qatar Airways Cargo, adding to others it has with Cargolux, Singapore Airlines (SIA) Cargo, CargoLogicAir and more.

Siginon Group managing director, Meshack Kipturgo (pictured) tells Air Cargo Week’s Editor, Justin Burns in Nairobi, he is not yet content and the company is looking to further grow business and expand the tonnage it handles. 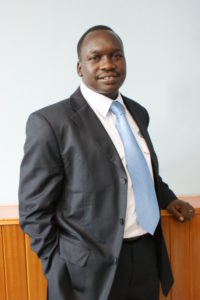 He says: “We are always in the market to handle cargo for another carrier. Having Qatar Airways has boosted us and especially as we attracted it from Swissport. As for the contract, it is so far so good.”

The Qatar contract is a big deal for the ambitious handler, as the Middle East carrier operates eight freighters a week into Nairobi along with 18 bellyhold services a week.

In the week before Valentines Day, Qatar put on an extra five Boeing 777 Freighters as demand for Kenyan roses from the Dutch flower auction and around the globe soared. Siginon worked around the clock to meet demands of the extra services.

Key to meeting the demand and driving growth is Siginon’s state-of-the-art $10 million facility spread over 5,000 square metres and opened in 2014 – situated the closest of any handlers to the apron at Jomo Kenyatta International Airport (JKIA).

The JKIA facility has special features unique to Nairobi including a cool corridor storage area (pictured left) for fast movement of perishables cargo, while the handler prides itself on its four-minute turnaround time from when perishables reach the facility by truck to being stored in its cool rooms.

Siginon is looking to develop its facilities and has room to expand its 60,000 tonne facility at JKIA by 3,000 square metres for perishables and has already drawn up plans to develop the JKIA site.

“The major expansion we want to do is we want to build a perishables centre as we have a huge cold room, but we want in future to build up perishables and the capacity. We will develop that as obviously Kenya does a lot of perishables.

“As soon as we talk to our customers in the field and the time is right to build a facility then we will build one. If there is need in the market to build a dedicated perishables centre we will do that,” Kipturgo explains.

Siginon has also now got a licence to carry out ramp handling, and is looking to start this for carriers in the future. The handler now outsources ramp handling for Qatar to Kenya Aerotech at JKIA, and does warehousing for SIA Cargo and Cargolux at JKIA. 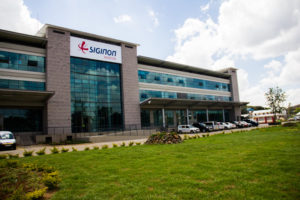 Kipturgo says: “We have acquired a license to do ramp handling in the future and that would really increase competition in Nairobi as there are already very many that do it. Swissport do it but AFS not yet, only warehousing, but you have Kenya Aerotech, Tradewinds and Kenya Airways Cargo. I think AFS will do ramp handling in the future and with us it will make it interesting.

“This will make the Nairobi market more dynamic and be good for the airlines as in Nairobi now there is not new equipment being used and we will invest in new equipment. It will also be good for the shippers. Of course with the competition we have to be careful to make sure it is economically viable for all of us.”

Perishables were about 80-90 per cent of exports and mostly  consist of flowers, fish, avocadoes, mangoes in season, but also humanitarian aid and dangerous goods, while imports are generally made up of chemicals, textiles, electronics, motor vehicles and other general cargo.

However, the imbalance between exports and imports in Kenya and for Siginon is a concern. Kipturgo says it needs correcting to improve rates on outbound freight. He feels two things will drive a narrowing of this and notes at present for every six kilos of exports it handles, it handles one kilo of imports.

Kipturgo says in most African countries imports make up more tonnage: “A lot of flights from South Africa come to Nairobi to pick up exports so if Kenya did not have these huge exports then there would be a challenge for airlines to come here from South Africa. 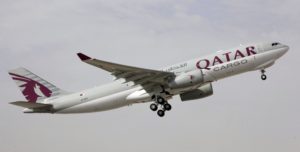 “This ration of six to one is not good as it means all these airlines are coming empty to Nairobi to pick the flowers up, but it means they have to pay more. In Kenya there is a need to push the balance so you can have something like a six to three ratio of exports and imports.”

He believes a solution is the Special Economic Zones (SEZ), which are set to come into affect this year in Kenya (Nairobi and Mombasa) and will include airports.

“The balance is a big problem in Kenya because if you talk to the shippers the balance is not right. If the balance was 50/50 then rates would definitely come down. I think it might come to a six to three ratio through the SEZ.”

He also feels the growth of e-commerce in Kenya and Africa will drive import volumes and narrow the gap with exports as the sector is developing fast.

The future is looking bright for Siginon and for airfreight in Nairobi and indeed the Kenyan market as a whole.