It usually operates a second seasonal flight to Miami using a Boeing 767-300, and all these flights offer significant cargo capacity.

Fuentes says: “American’s global network is a huge benefit to our customers and the local market. With direct access from Chile to the US, we can quickly and efficiently reach as far as Asia and Europe. And that’s especially beneficial to our market, which deals heavily in time-sensitive perishable exports.”

Technology remains the main import to Chile, though e-business from Asia continues to grow.

Salmon and fruit are the main exports and general freight represents around 10 per cent of the total exports.

Fuentes says the commodities shipped have remained stable, adding: “Although we have seen an increase in demand from Santiago to Asia over the past couple of years, while more and more fruit is being trucked to Buenos Aires for more flights to the US and Europe.”

He says exporters from Chile have learnt to utilise all the airline’s available options in the region, primarily using Santiago but also Buenos Aires.

Fuentes says: “More and more Chilean exporters are also using Buenos Aires as an option, since it’s the same hours distance-wise from the US.”

Fuentes explains: “These are flown on American from Santiago to Miami and interline from there to La Paz. This is a somewhat unusual route, but customers prefer it, as it is secure and can provide full-pallet shipments.”

Fuentes describes doing business in Chile as “simple and fruitful”, saying: “The economy and political climate are generally very stable and we have great customers who rely on us, our network and our efficient fleet.”

“However, the strong dependability of perishable commodities can also be a challenge, as they’re subject to consumer demand and are very price sensitive.” 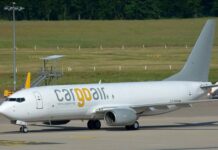 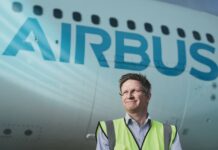 Sustainability is the key for the Airbus A350F