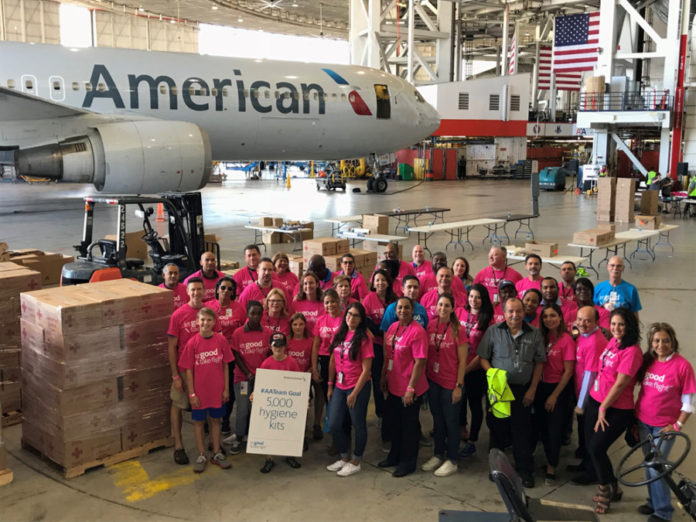 Following the devastation left by Hurricane Michael in October, American Airlines Cargo employees took it on themselves to find ways to help local communities.

The Miami team partnered with the American Red Cross to compile packages for those who lost everything in the storm.

The group put together more than 5,000 boxes of hygiene kits for families in the area, with the American Red Cross able to fill its trucks and send help to people staying at local shelters.

In the last few years, the US has suffered devastation at the hands of major natural disasters, with hurricanes including Maria and Harvey crippling communities and bringing widespread destruction in a matter of days.

In 2017, more than 3,000 people lost their lives and there was over $282 billion worth of damage, including in Puerto Rico, which had access for help and supplies being cut off.

With major ports being blocked, the only option was to send help in by air, which American Airlines Cargo did.

American Airlines Cargo president, Rick Elieson says: “Frankly, we were unprepared for the level of generosity,” noted Elieson. “Within a week more than 4,500 shipments weighing 830,000 pounds had poured in and this combined with the massive amounts of relief we were carrying on our extra widebody flights meant we moved more than 3,000,000 pounds of relief over a very short period and our first flights landed within 48 hours of the hurricane making landfall.”