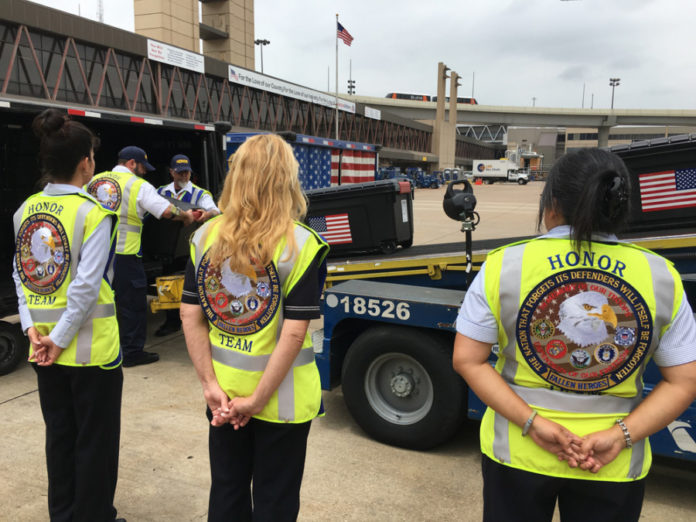 American Airlines Cargo has linked up with Operation Honor our Heroes to transport 10,000 American flags to Washington D.C. for Memorial Day.

The flags were transported on a Boeing 757 from Dallas Fort Worth International Airport to Ronald Reagan Washington National Airport and honour US service members who have lost their lives in the line of duty.

The 2,312-pound shipment included one flag for every 120 deceased service member, and the flags were displayed near the National Mall in Washington D.C. The flags will be returned to Austin this week to be used for future occasions nationwide.

Dallas Fort Worth general manager cargo operations, Don Larney says: “A team of DFW Cargo and Ramp professionals went above and beyond to ensure this shipment was handled with extreme care and closely monitored, transferred and loaded onto each flight. We’re extremely proud to play a role in the transport of such a symbolic, momentous shipment.”

Operation Honor our Heroes founder, Nancy Glass says: “The cargo personnel of American Airlines ensured the flags for the fallen were transferred with dignity and honour.”

“Personnel were extremely courteous and helpful and made a very difficult mission seamless and efficient. The overwhelming, emotional response of the public at the National Mall for the display reinforced our commitment and dedication to honoring our nation’s fallen heroes. We will NEVER forget.”