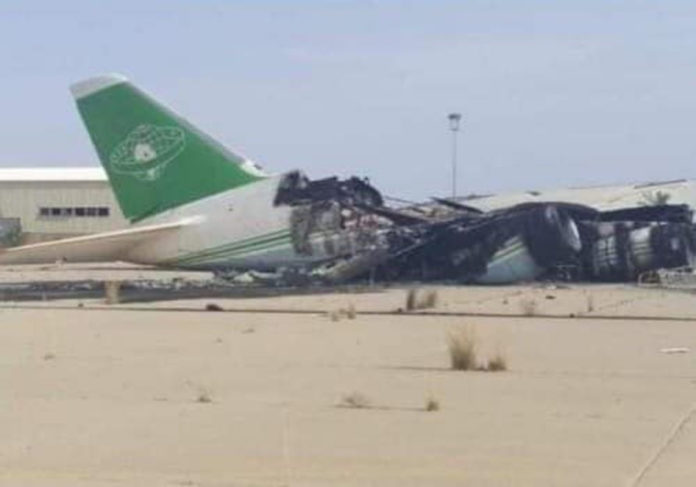 Pictures have appeared online showing an Antonov AN-124-100 belonging to Libyan Air Cargo that has been destroyed in the Libyan capital, reportedly after being hit by artillery.

According to aviation-safety.net, the AN-124-100, registration 5A-DKN was destroyed during fighting near Tripoli-Mitiga International Airport on Saturday 22 June.

It claims that the Bashir al-Baqarah militia was engaged in a battle with the Deterrence Organization for Combating Organized Crime and Terrorism.

According to Babak Taghvaee, who posted the pictures on Twitter, it was Libya’s sole AN-124-100, and another Libyan Air Cargo AN-124 had been confiscated in Ukraine in 2017.