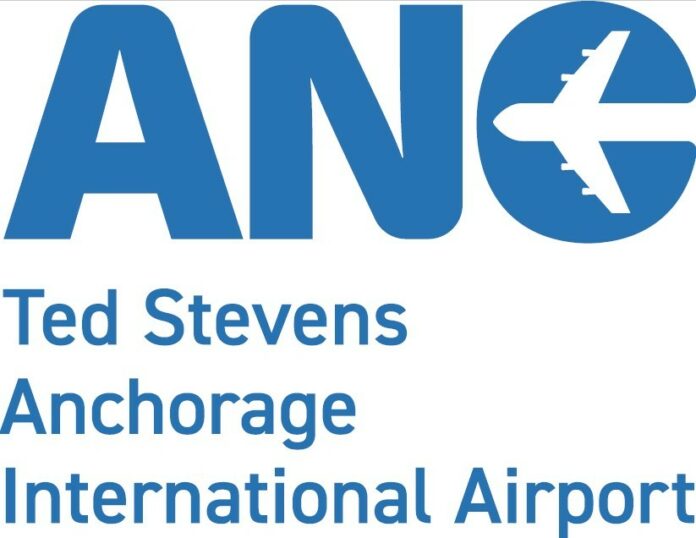 Ted Stevens Anchorage International Airport (ANC) has reported that record air cargo volumes are continuing to pass through the airport, surpassing previously record-breaking volumes from the first half of this year.  As of the end of the third quarter, ANC welcomed 917,753 metric tonnes of air cargo—a 5.62% increase compared to the third quarter of 2020.

The steady influx of cargo to ANC’s airfield brings with it an increase of job opportunities for Alaskans and economic benefits.

“We are thrilled that air cargo growth continues to highlight the critical role ANC plays in the global supply chain,” said airport director Jim Szczesniak. “ANC is the future nexus of the transpacific shipping method.”

“Most of the goods consumed in Alaska are shipped up from the Port of Tacoma.  The containers and trailers that bring goods to Alaska mostly go back empty.  Every week 151 Boeing 747s worth of empty trailers and containers leave Anchorage.  ANC PASS provides an opportunity to inject more capacity into the supply chain and allows airlines to better utilise their scarce aircraft.  For example, a typical Asia-Anchorage-Chicago round trip could be done three times per week and inject 300 tons of cargo into the supply chain.  An Asia-Anchorage roundtrip, with items transfer to ship, could be done six times per week and inject 600 tonnes of cargo into the supply chain,” said Szczesniak.

The ANC PASS study was conducted between 11 points of origin in Asia, four west coast ports, and seven US destinations using a variety of freight classes.  The study shows that cargo from Asia can be injected into the west coast distributions facilities in as little as six to seven days, with the worst-case scenario being 15-19 days.  The shipping lines servicing Alaska have their own facilities in Tacoma and are not subject to delays awaiting a dock.

“ANC PASS is more than an immediate congestion relief valve, it is an entirely new shipping method.  ANC PASS can offer shippers a medium speed, medium cost transpacific option.  This has great potential to increase air cargo traffic through ANC by taking share from traditional ocean carriers,” said Szczesniak. “It also works in reverse providing North American shipper a way to take advantage of the backhaul capacity to Asia on the cargo aircraft that depart ANC”.