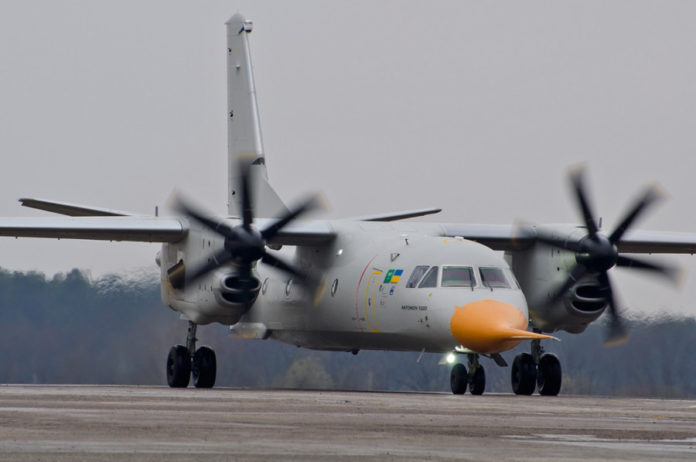 Antonov’s latest aircraft, the AN-132D took to the skies for its maiden flight on 31 March, flying for one hour 50 minutes from the company’s Kiev airfield.

They were joined by Antonov test flight engineer, Volodymyr Nesterenko, and were escorted by a new AN-178.

Ukraine’s president, Piotr Poroshenko was present, saying: “I am proud of my compatriots, thousands of employees of ANTONOV Company and other Ukrainian enterprises, who have and continue to work to launch the series production of this aircraft.”

The AN-132 programme is being developed following a contract with a customer from Saudi Arabia in cooperation with King Abdulaziz City for Science and Technology and the Taqnia Aeronautics Company.

Antonov president, Oleksandr Kotsiuba says: “The next important step will be the presentation of the AN-132D in the Kingdom of Saudi Arabia, which will be conducted after the completion of more aircraft tests.”

The AN-132D multipurpose turboprop is intended for short and medium-haul routes, performing a variety of tasks such as transporting raw materials, mail and cargo, including bulk cargo, ULDs and light self-propelled and non-self-propelled vehicles weighing up to 9.2 tonnes.