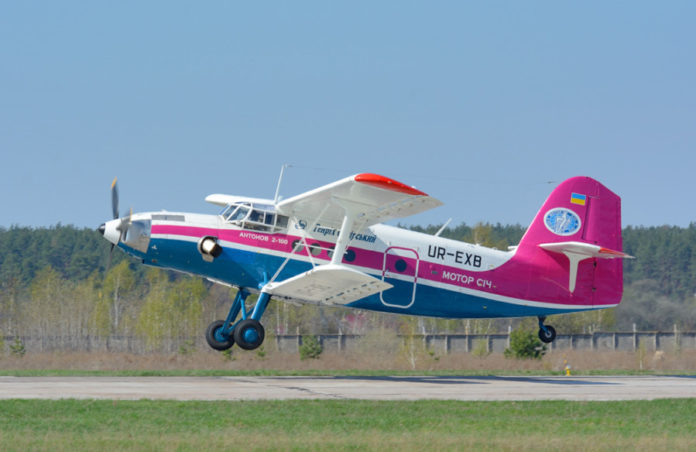 Antonov has completed a test flight for its AN-2-100, an up-to-date modification of the AN-2 bi-plane at its Kiev test base on 11 April.

The AN-2-100, which has a payload of 1500kg, lifted 3,202kg, a record for such an aircraft to an altitude of 2,700 metres, piloted by Sergii Tarasiuk with Valerii Yepanchintsev as co-pilot.

The AN-2-100 is intended for passenger, cargo and mixed journeys on local routes, and can be operated autonomously at small airfields in a wide altitude range, under good and adverse climatic and weather conditions.

It is equipped with the AV-17 reversible propeller instead of the AV-2, and the AN-2-100’s operational empty weight is 200kg less than the AN-2.

The AN-2-100 is named Henrih Ongirskii in honour of the deputy general designer of Antonov company, H.H. Ongirskii, who made great contributions to the AN-2 and AN-3 development programme.