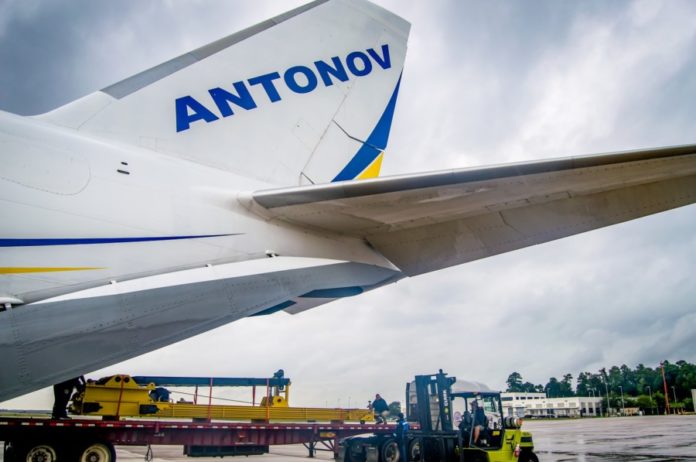 The 2,500 concentrators were loaded on board one of Antonov Airline’s seven

“Antonov Airlines is well prepared when it comes to transporting urgent medical equipment within a short time frame thanks to our many years of working on humanitarian aid programmes and disaster relief projects,” said Andriy Blagovisniy, commercial director, Antonov Airlines.

“Our AN-124-100 aircraft provided rapid loading and unloading of this urgent cargo with its ramp access and large cargo capacity.”

Oxygen concentrators work by collecting and filtering the surrounding air to produce up to 95% pure oxygen, which can then be administered to patients by nasal cannulas or oxygen masks.

Coronavirus cases in India are at their highest levels to date and there is a severe shortage of oxygen for patients.

“Flywell, through its offices in India, the UAE, the Netherlands, and Romania, provides the airlift of essential items such as oxygen concentrators and cryogenic containers to transport oxygen between cities in India.”

Ajith Pai, chief operating officer, Delhivery, said; “During these unprecedented times, Delhivery is extending its full suite of logistical services to bring in emergency and essential medical loads to support the critical situation on the ground in India.

“We have received the first lot of 2500 oxygen concentrators from Israel; our efforts are well supported by Antonov Airlines and the Ministry of External Affairs for delivery to administrators, hospitals, and charities around the country in the coming weeks.”

Ukraine-headquartered Antonov Airlines cargo airline operates seven AN-124-100 “Ruslan” aircraft with payloads up to 150 tonnes, a 60-tonne payload AN-22, the unique 250-tonne payload AN-225 “Mriya”, which is the largest aircraft in the world, and smaller AN-74 and AN-26 aircraft.