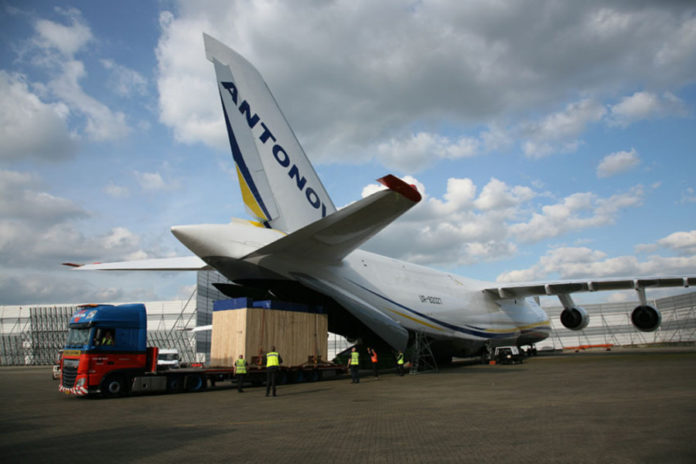 Total charter revenue for 2017 has significantly increased compared to 2016, Goodisman says, and around 30 per cent of this revenue came from flights to/from Asia.

He says outsized cargo continues to be Antonov’s core business activity, suited to the aircraft types it operates including the AN-124, AN-225 and AN-22.

Goodisman says: “Our focus this year has been to maintain a high level of service to our existing customer base. The broker and forwarding communities have ever more efficient presence to reach outsized cargo business, and so they will remain our primary channel for new business.”

Antonov has also been busy appointing general sales agents (GSA) for certain markets, and more are being considered for one or two locations though no final decision has been made.

Goodisman explains: “We have appointed a few GSAs in markets where we think a more pro-active edge is needed, including in Australia, Japan, and India, and they have indeed helped to raise the Antonov Airlines profile and provide a local point of communication should our customers prefer this channel.”

In addition to appointing GSAs, Antonov is working towards opening an office in the Far East to provide local commercial and load planning support.

Goodisman comments that the Asian market remains diverse in its requirements for moving outsized cargo by are, and flights have been spread across many different countries.

He says: “The challenge, which we welcome, is to engage with this broad market as effectively as possible.”

He also says: “We continue to work with local Civil Aviation Authorities and airport managements to ensure we have access to as many airports as possible and that the lead time needed for permit applications is minimised.”

Goodisman says there has been a boost in recent months, reflecting a shift in the balance of availability to demand, including in Asia.

He says: “We expect Asia to remain important to business in the future and may well provide some seasonal boosts.”