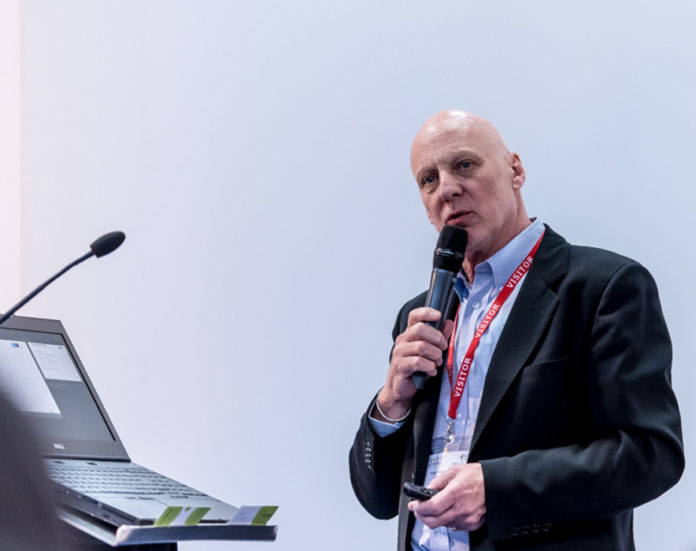 ASM chairman Peter MacSwiney has joined the Technical Alternative Arrangements Advisory Group to help replace the Northern Ireland backstop by the end of 2020.

The advisory group consists of 15 technical experts in customs and trade from both the public and private sectors, and academia.

Pointing out that the Northern Ireland backstop is causing uncertainty for the transport and logistics industry, MacSwiney says: “The new Technical Alternative Arrangements Advisory Group will help to inform the government about other options available, with the aim of replacing the backstop and providing some much-needed certainty to businesses that are reliant on cross-border trade.”

During a panel session at Multimodal in Birmingham, MacSwiney called for the government to provide clear guidelines to help business prepare for Brexit.

Asking how businesses could spend thousands of pounds on a system that might not be right, MacSwiney says: “If we knew what we were faced with, we could find solutions to deal with it.”

He adds: “The technology is there, but we have to develop it, and we should think in terms of five years and a minimum of three years to get it working and to train people to use it.”

The Technical Alternative Arrangements Advisory Group is the first of three domestic advisory groups set up by the government to find alternative arrangements to the backstop.

The second will be comprised of business and trade unions, and the third made up of parliamentarians.