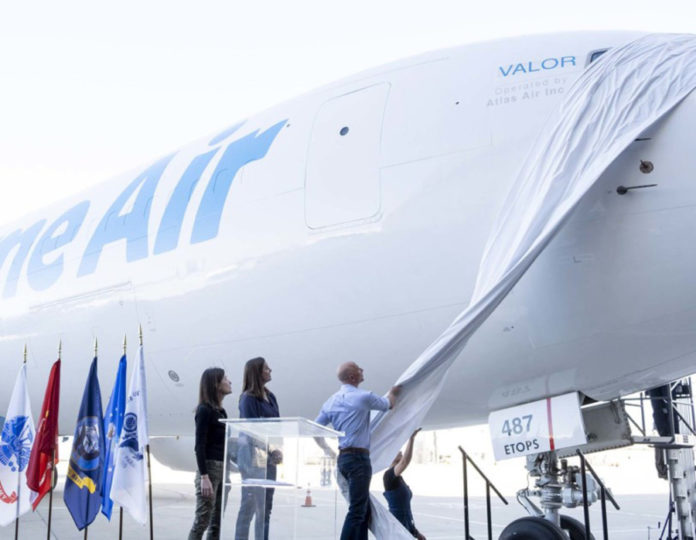 Atlas Air has delivered its 20th Boeing 767-300 converted freighter to Amazon, with N1487A arriving in time for the peak season.

Under long-term commercial agreements announced in 2016, Atlas Air operates the aircraft for Amazon on a CMI (crew, maintenance and insurance) basis and Titan Aviation dry leases the aircraft to Amazon.

He says: “It is an accomplishment that we are very proud of and for which our employees worked hard. We appreciate Amazon’s confidence in our capabilities, global scale and operating excellence.”

Flynn adds: “E-commerce is the fastest growing air cargo segment, and we are excited to continue our partnership with Amazon as it delivers innovative service to its customers.”

The aircraft, Amazon’s 40th, named Valor in honour of Amazon’s military community, was unveiled by founder and chief executive officer Jeff Bezos in an event at Long Beach, California.

The name was chosen by employee affinity group Warriors@Amazon, which helps military employees navigate the civilian workforce, provide a network of support to families with members on leave, create opportunities to give back to service members, and provide a place for veterans to seek fellowship.