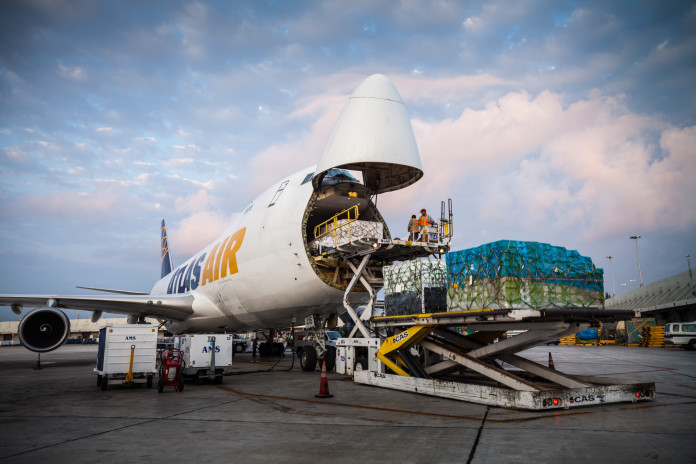 Atlas Air and Polar Air Cargo  – subsidiaries of Atlas Air Worldwide Holdings – announced yesterday they are seeking a preliminary court injunction to stop what they say is an “illegal slowdown” of work.

The injunction accuses the trade unions representing pilots – the International Brotherhood of Teamsters, the International Brotherhood of Teamsters, Airline Division, and Local Union No. 1224 (IBT) – to meet their obligations under the Railway Labor Act and “stop the illegal and intentional work slowdown and service interruptions they are causing”.

Atlas Air Worldwide’s request for a preliminary injunction was filed in US District Court for the District of Columbia.

In its filing, the company states the IBT is engaging in an unlawful, concerted work slowdown to gain advantage in pilot contract negotiations currently underway with the IBT.

And the filing says the IBT has violated its status quo obligations under the RLA by encouraging the slowdown and failing to prevent and discourage it.

Atlas Air Worldwide is asking the Court to compel the IBT to stop the illegal work action and return to normal operations and it says customers have been notified of the steps it is taking to address the work slowdown.

The company says the illegal work slowdown and service interruptions are causing significant flight delays and harm to the company and its valued customers.

Atlas Air Worldwide president and chief executive officer, William J. Flynn says: “As the largest air cargo outsourcer in the world and the largest provider of commercial airlift for the US military, businesses across the globe and millions of people depend on the stability, reliability, and viability of Atlas’ day-to-day operations.

Atlas Air Worldwide says it values the contributions of its pilots and will continue to negotiate with the IBT for a joint contract for Atlas and Southern Air crewmembers in connection with the pending merger.

The company adds it remains committed to completing the bargaining process in a timely manner and in the best interests of all parties.