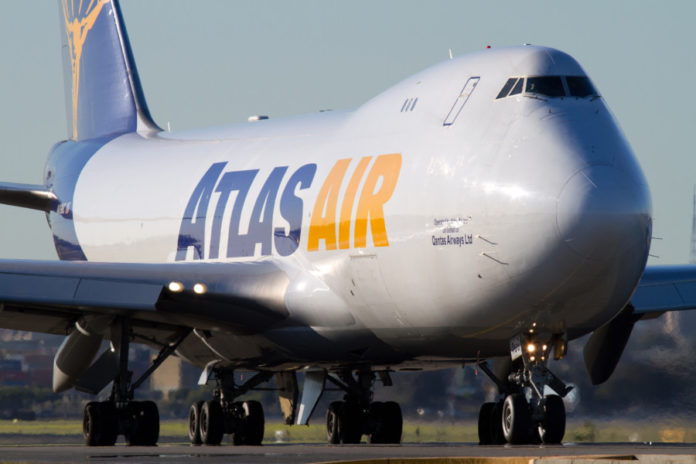 This year has been a busy one for Atlas Air with the $106 million acquisition of Southern Air and the landmark agreement to provide air cargo services for Amazon.

Last month, Atlas posted a loss from continuing operations, net of taxes, of $7.5 million for the third quarter (Q3) ending 30 September 2016, better than Q3 last year when it saw a loss of $12.8 million, and said the Q3 result this year was due to “non-deductible expenses” triggered by warrants granted to Amazon.

On an adjusted basis, income from continuing operations, net of taxes, in Q3 was $27.4 million, near the upper end of its range of expectations, and near the $30.7 million it generated in Q3 2015, which included benefits from the favorable resolution of a tax exam.

The aircraft lessor remains optimistic for the peak season, and is looking forward to a strong closing quarter for the year.

Atlas is pleased with progress it is making in implementing a fleet of 20 Boeing 767-300 aircraft for Amazon, and its focus is on e-commerce and the express markets, rather than traditional air cargo where growth has slowed. 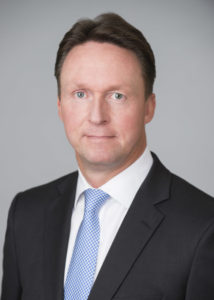 Executive vice president and chief commercial officer, Michael Steen (pictured above) tells Air Cargo Week the “strategic acquisition” of Southern Air is a perfect fit as both have a mutual customer in DHL Express, and the addition of 737s and 777s to its fleet has boosted operations.

Steen says the company is in the midst of combining the airlines into a Single Operating Certificate which will be in place next year. He says so far, the merger is progressing smoothly and the two fit well together.

As for Amazon, the first aircraft for the online giant came into operation in August and Atlas will ramp this up in 2017 and 2018. Steen says: “With our large fleet of 747s, 767s and capabilities added with the 737s and 777s – it gives customers optionality to choose the gauge of aircraft they need depending on their network.

“The acquisition of Southern Air has given us more opportunities to offer solutions and we see that across the board. We now have 37 aircraft, five different fleet types with DHL Express (Atlas, Polar, Southern and Titan Air) and we lease aircraft through Titan to Aerologic who operates for DHL Express. The strategy we have rolled out over the years to have a complete array of services throughout the air cargo supply chain is now coming to full fruition.”

E-commerce has been a strong focus for some time and Steen says it has been interesting to see the impact it is having on the supply chain and feels it is “changing the paradigm completely for the entire industry”. He adds: “e-commerce feeds airfreight because of the short lead-time and demand and the fact that manufacturing happens all over the globe.”

Because the consumers are located across regions, e-commerce calls for flexible networks so operators have to react and respond quickly. It does not matter whether you are an airline or an integrator; you have to be that much more flexible: “Earlier this year, we announced a long-term agreement with FedEx. We are adding five 747s for their peak lift, which is where flexibility comes in play – providing lift for higher demand in certain times of the year,” Steen notes.

Some see Amazon’s fleet plans as being detrimental to express operators, but Steen says integrators are, by definition, the first to benefit from e-commerce. They can set up a network and tailor it for B2C business demand which “drives the paradigm shift”.

He notes: “e-commerce will benefit the integrators and some of the scheduled carriers who can tailor their networks accordingly. We, as an operator, serve many customers and we operate for all three of the major express companies, we lease aircraft to domestic express operators in China and we support Amazon’s air network.”

As for the future, he says Atlas looks at air cargo in three categories – first traditional air cargo – moved predominantly on scheduled airlines, then the express market and e-commerce. 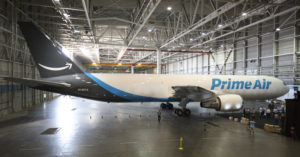 Steen says: “General cargo has grown at a rate around 1 to 1.5 per cent per year, the express companies according to their filings are growing at 6-7 per cent a year, and e-commerce, is experiencing double-digit growth.

“What that tells us is airfreight is growing as a whole and the requirement for freighters is growing as well. Domestic China, for instance, has a higher demand for aircraft than what they currently can find supply and pilots for.

“If you look at the growth scenario vis-a-vis the general discussion about overcapacity, it is only true about certain routes and not necessarily where demand is growing. The integrators, express firms and e-commerce companies are adding significant freighter lift. The 40 aircraft Amazon has committed to and the significant amount of freighters added in the domestic China express market were not there before, so that is incremental demand.

“I think by and large the global airfreight industry is growing in a healthy fashion but customers have new requirements – speed, flexibility and new network solutions.”

Steen says on-time performance (OTP) is a key success factor for Atlas. Because it operates such a large network for DHL Express, it runs its entire operations on an express basis.

“This means that we run according to the schedule and do not delay aircraft. So our OTP is leading in the industry and is what we sell to our customers,” Steen says, adding investments in specialist segments is also critical, and Atlas is working with customers to refine services.