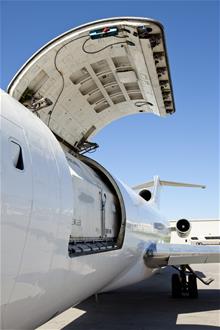 KF Aerospace has a long history of performing passenger-to-freighter modifications and is well-versed in the modification of AEI’s B737-400SF. AEI and KF Aerospace are looking to start B737-800SF conversions at the facility perhaps as early as the end of 2020.