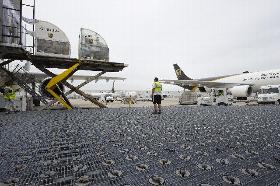 United Parcel Service (UPS) has announced its first quarter 2014 operating profit was down $106 million because of bad weather while shipments increased because of the rise in e-commerce.

The integrator’s operating profit for the quarter was $1.5 billion, down by $106 million compared to last year’s adjusted results. The bad weather is thought by UPS to have cost the firm $200 million, “due to increased expenses and slower revenue growth,” it says. The increase in e-commerce, however, saw average daily shipments in the US climb 4.2 per cent.”Much of the US economy was negatively affected by the severe weather conditions in the first quarter, resulting in lower UPS operating results versus the prior year,” says the firm’s chairman and chief executive officer, Scott Davis. “International and the supply chain and freight segment benefitted from positive momentum during the quarter as customers utilised the strategic investments made by UPS to strengthen our portfolio.”For the three months ended March 31, UPS generated $1.9 billion in free cash flow. US domestic revenue increased 2.6 per cent over the prior-year period, to $8.5 billion. The International segment, which Davis referred to, saw revenue improve five per cent and it produced an operating profit of $438 million, 12 per cent more than the prior-year adjusted results. Export shipments climbed 7.7 per cent driven by 15 per cent growth in Europe and modest gains in Asia and the Americas. According to UPS, trans-border shipments in Europe continue to expand rapidly as customers migrate to pan-European distribution using UPS. Non-US domestic deliveries increased 8.1 per cent, driven by growth in Europe and Canada. UPS says Poland led the European countries with more than 20 per cent growth, while Germany and the UK contributed strong gains.To support strong intra-European growth and intercontinental trade, the company announced the completed expansion of its Cologne (Germany) air hub. This $200 million investment increased facility capacity by 70 per cent.The forwarding business delivered improved operating profit and margin gains during the quarter as the unit adapted to market changes. International airfreight growth in shipments and tonnage were offset by lower revenue per pound. In April UPS announced it would expand its sites serving Calgary-Alberta Airport, Cincinnati Airport and its airport in Ontario in California, known as LA/Ontario Airport. 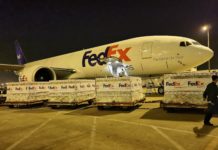 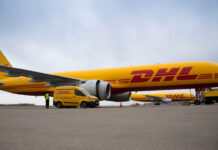 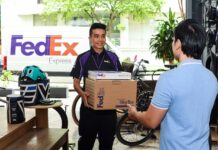 FedEx and eBay team up to boost APAC businesses