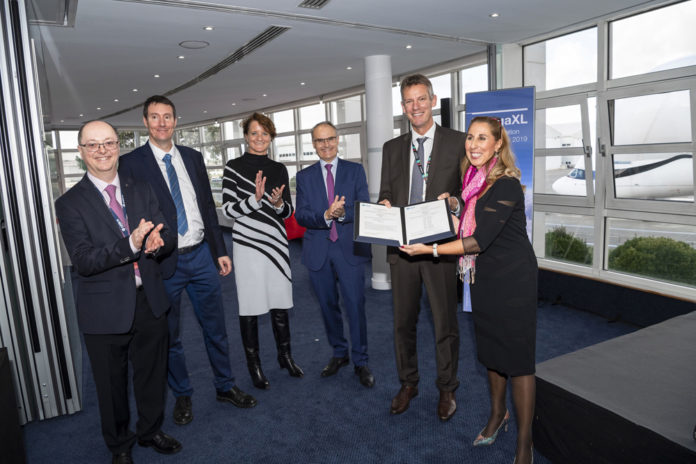 The European Aviation Safety Agency has awarded the BelugaXL with Type Certification, paving the way for entry-into-service by early 2020.

The BelugaXL offers 30% extra transport capacity than its predecessor, the BelugaST due to being seven metres longer and one metre wider.

It can carry two Airbus A350XWB wings compared to one in the BelugaST, and has a maximum payload of 51 tonnes with a range of 2,200 nautical miles.

Six aircraft will be built between 2019 and 2023, gradually replacing the BelugaSTs.

Based on the A330-200F, the BelugaXL reuses existing components and equipment, and is powered by Rolls Royce Trent 700 engines.

The lowered cockpit, the cargo bay structure and rear-end and tail were newly developed with partners, giving the aircraft a distinctive look.