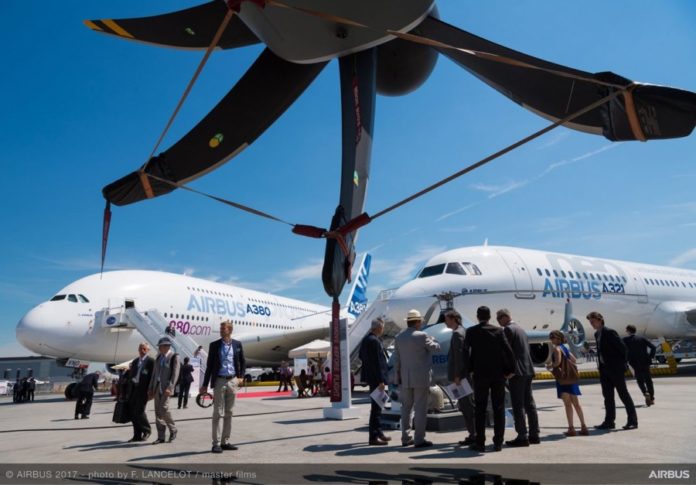 Boeing just about won the order battle with Airbus at this week’s Paris Air Show as the two aircraft manufacturers picked up aircraft orders valued at $74.8 billion and $39.7 billion, respectively.

At the show, Boeing launched the B737 MAX 10, the newest member of the 737 MAX family, with more than 361 orders and commitments from 16 customers worldwide. It gained a total of 571 aircraft orders in France.

They included 306 A320 Family aircraft worth $33.8 billion while in the widebody segment it won orders orders for 20 aircraft worth $5.9 billion including Ethiopian Airlines for 10 A350s.

Further to the new orders, the show also saw a repeat order from DHL Express for four more A330-300 Passenger-To-Freighter conversions, in partnership with EFW and ST Aerospace.

This week, Boeing revealed its 2017 Current Market Outlook where it raised its 20-year outlook to more than 41,000 new aircraft, valued at $6.1 trillion.